This post is a continuation of my earlier posts on other ethnic groups found along the Arun River in Eastern Nepal, namely Rais and Lhomi Tibetans, a great trekking destination 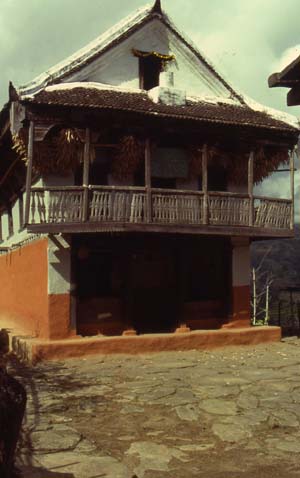 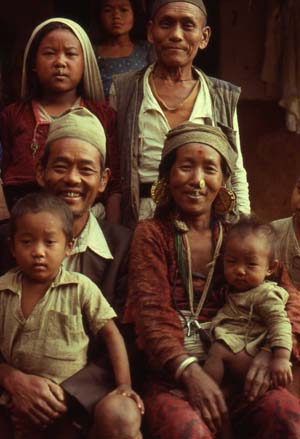 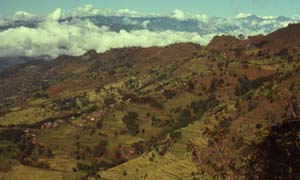 that most trekkers to Nepal overlook.

The way of life in the Himalaya is determined by the Himalayan topography, altitude, and climate, factors which quite substantially differ from region to region, plus, naturally, by the cultural diversity of the individual ethnic groups. Closer look at the variety of ethnic groups that populate this impressive mountain range reveals fascinating mix of architectural house styles.

In terms of settlement characteristics, each of the Himalayan racial groups prefers its own altitude and peculiar 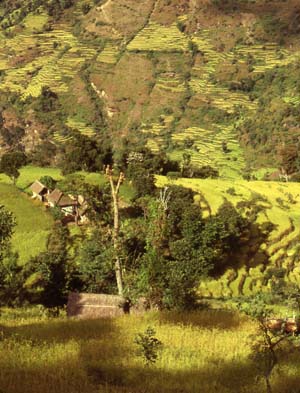 habitat. No other part of the Himalayas is as rich in house design styles as the Nepal Himalaya. Most of the Nepal Midlands, the principal settlement belt between the High Himalaya to the north and the Mahabharat range, or the front range, to the south, have been settled by the Ancient Nepalese races. Their villages range from the low river valley floors of some 2,500 feet above seas level up to 8,000 feet in elevation, above which only seldom even today they can be found. Of the seven major population groups belonging into this ethnic entity, Limbus, who have settled in far eastern Nepal, build one of the more remarkable house types.

Covered by lush monsoonal forests, the ridge of the Mahabharat range in the eastern Nepal separates the fertile lowland of Terai from “Limbuwan”, the Land of the Limbus. Poetically sited below steep hillsides of the Mahabharat Lekh or dotting the rolling land of the eastern Nepal Midlands, the dispersed villages of the Limbus are found between altitudes of 2,500 to 5,000 feet above sea level.  Traditionally also referred to by the Limbus themselves as the ”

Pallo-Kirant” or “Far-Kirant”, this region includes an area east of the Arun river and west of the Nepal-India border. 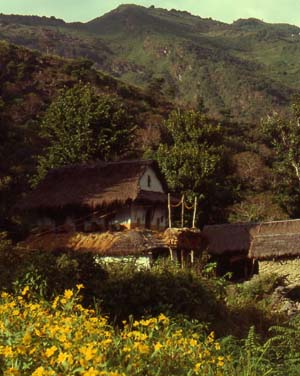 Sited conventionally amid dry cultivated fields, the yards of the Limbu houses may often be beautified by planted beds of colorful flowers. The houses are built of stone, mud packed, and characteristically washed with white and ochre mud. Typically, each Limbu house has the same type of front elevation.  It is entered via a small porch, constructed like the balcony above it out of timber or bamboo.  Designed with a small window above the balcony, the roof is of a gable type.  Although in most instances the houses are roofed with thatch, the most prominent of the Limbus cover their houses with sun-baked shingles.  For the most part, there is not much variation in the design, although here and there one may come across interesting horn-like tiles extending upwards from the ends of the gable triangle, a feature reminiscent of the Far Eastern architecture. 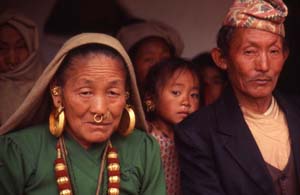 The main living and sleeping area, including the kitchen hearth, is on the ground floor.  Grain, seeds, tools, and different sorts of family valuables are ordinarily stored on the second floor. Cattle is kept in shelters built in the vicinity of the house. 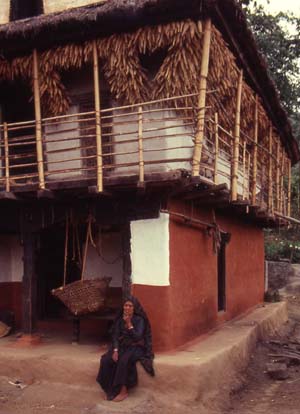 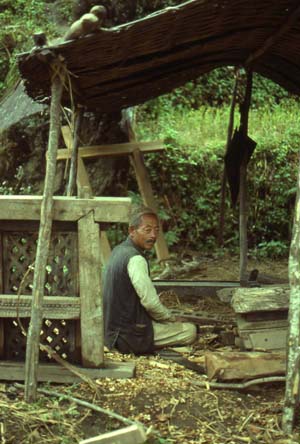 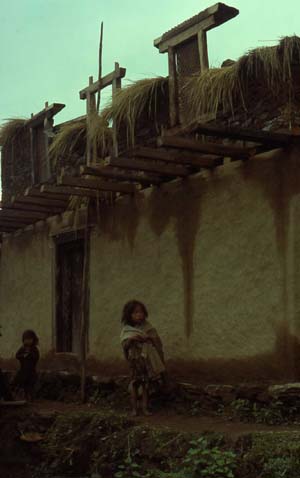 If you’ve got the time and would prefer a trekking route to Namche Bazaar and the Sherpa regions below Mount Everest that is less traveled, start your trek in Eastern Nepal, from Dhankuta or Ilam. This is certainly a great alternative approach route to Namche than the one from Jiri, which sees lots of trekkers especially in October and November. One way or another trekking from Eastern Nepal to Solu-Khumbu offers a more complete experience of Nepal than a direct flight to Lukla from Kathmandu.

3 thoughts on “Trekking Nepal – Limbuwan, the Land of the Limbus”