Atacama desert is known to be the second driest place in the world after Antarctica. But still it attracts thousands of travellers all over the world. Here tourist can see ruins of one of the oldest civilization, active volcanoes, lunar & mars landscapes, abandoned mine town etc. Coming from the plains of Chile or from the other part of the world, Atacama acclimatization is required for everyone. Situated at high altitude in Southern hemisphere, it has low level of Oxygen in the air, that is why acclimatization in Atacama is must. After you get used to conditions, go on to see and explore the vast expanse of Atacama desert. For more Atacama guide see here.

Here is a list of top tourist destination in Atacama Desert.

The city of Calama is situated in northern Atacama in Chile and it is one of the driest city of the world. It serves as the gateway leads to some natural and archaeological sites of the desert such as: Chuquicamata copper mine, San Francisco de Chiu Chiu church, village of San Pedro de Atacama, Salar de Atacama, Valle de la Luna(valley of moon) and El Tatio Geysers and many more. 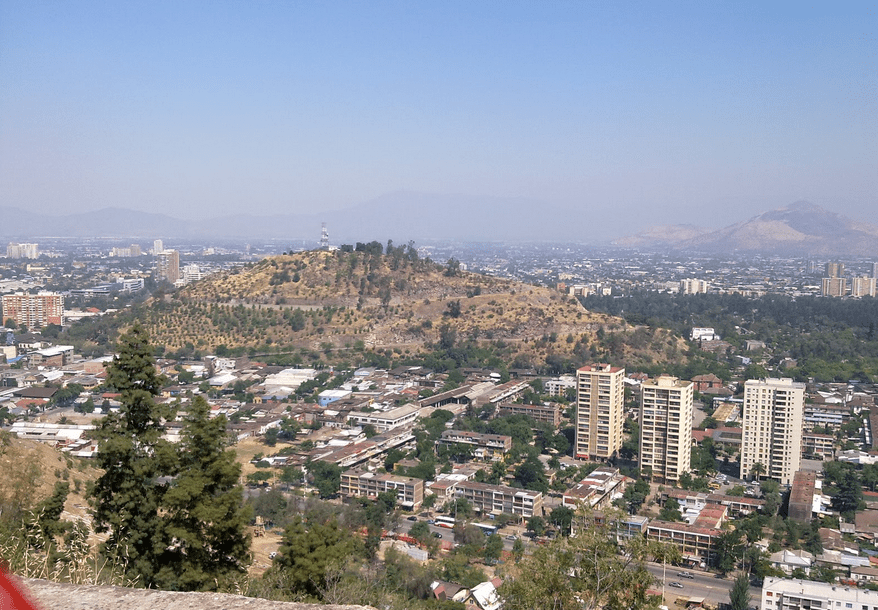 It is located some 30 km northeast of Calama city at about 8200 ft. of elevation. It is known for San Francisco de Chiu Chiu Church built in the 17th century. 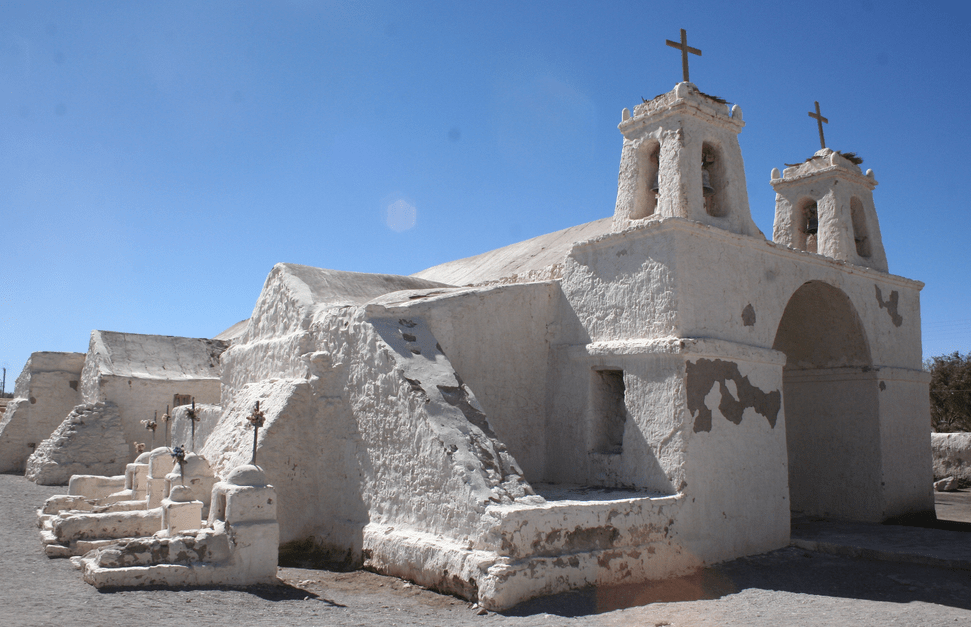 Situated just outside of Calama, Chuquicamata copper mine is the biggest by volume open copper mine. Since it’s intense exploitation for 90 years, it remains the largest known source of copper. The mine is 4.3 km long and 800 m deep, which attracts the no. of tourist in the area. 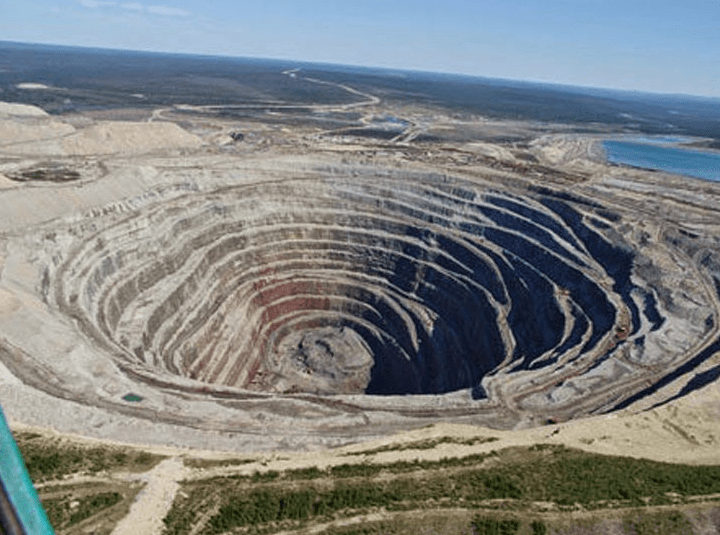 It got it name for its similar appearance as that of moon surface. Located some 30 km from San Pedro de Atacama, it has some amazing sand and stone formation, which has an spectacular texture and color looking somewhat similar to moon surface. There are many dry lakes where salt composition at the surface makes the area covering of white, which looks exactly like moon surface. 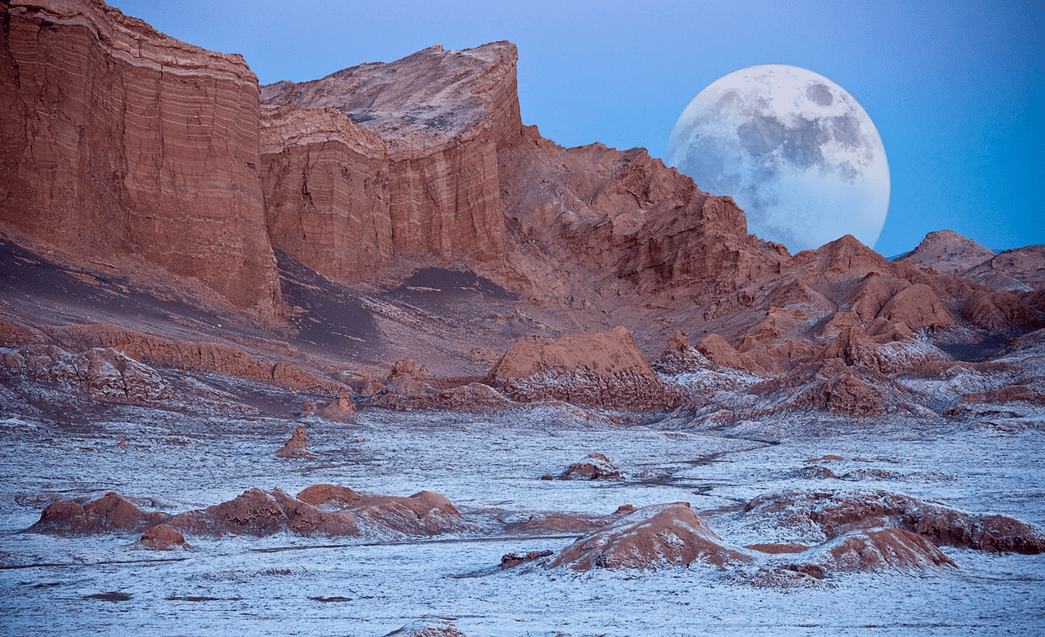 The Village of San Pedro de Atacama is located some 106 km from the Calama city of desert. It is known for its Archaeological sites, Stargazing and museums. The village were first inhabited by the Native Americans called the Atacameños some 800 BC years ago. Nearby region is full of native ruins, which attracts large number of tourists, specially to those are on archaeological and cultural study tours. The village also features several archaeological museum, with large no. of ancient relics and artifacts, Notably The R P Gustavo Le Paige Archaeological Museum. 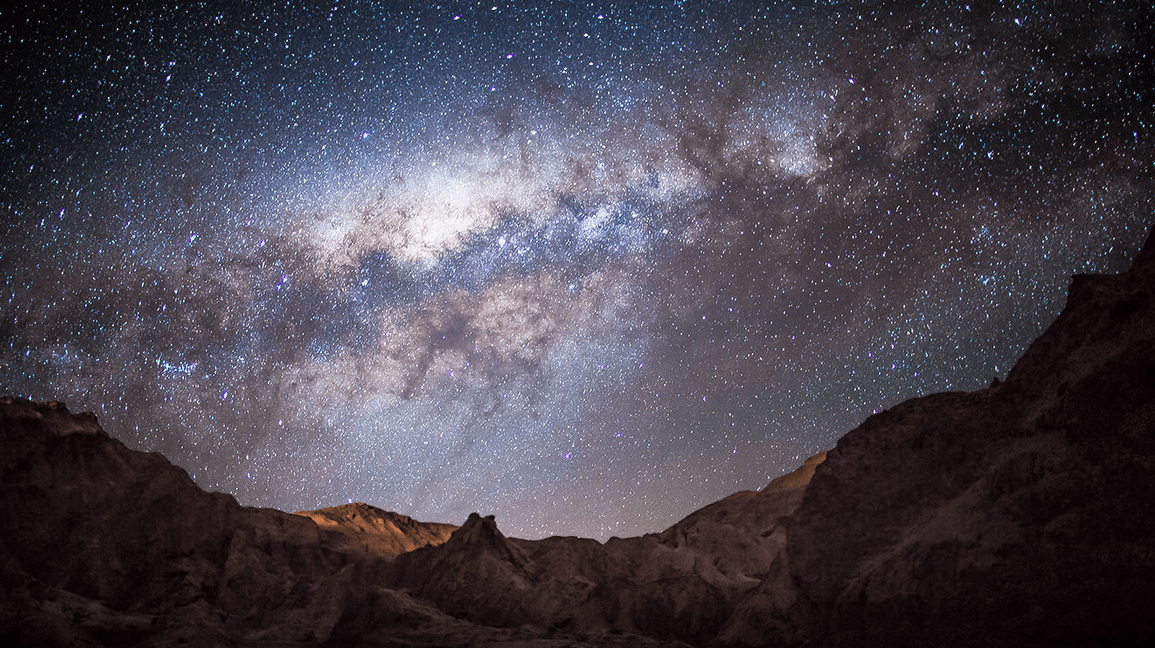 It is the largest salt flat in Chile and surrounded by high mountains and volcanoes that has no drainage outlet. Large volcanoes dominates the region such as Licancabur, Aguas Calientes, Acamarachi and the Láscar. The salt flat is the third largest in the world and has the world’s largest deposit of Lithium. Tourist flood in the area to see the active volcano Láscar. 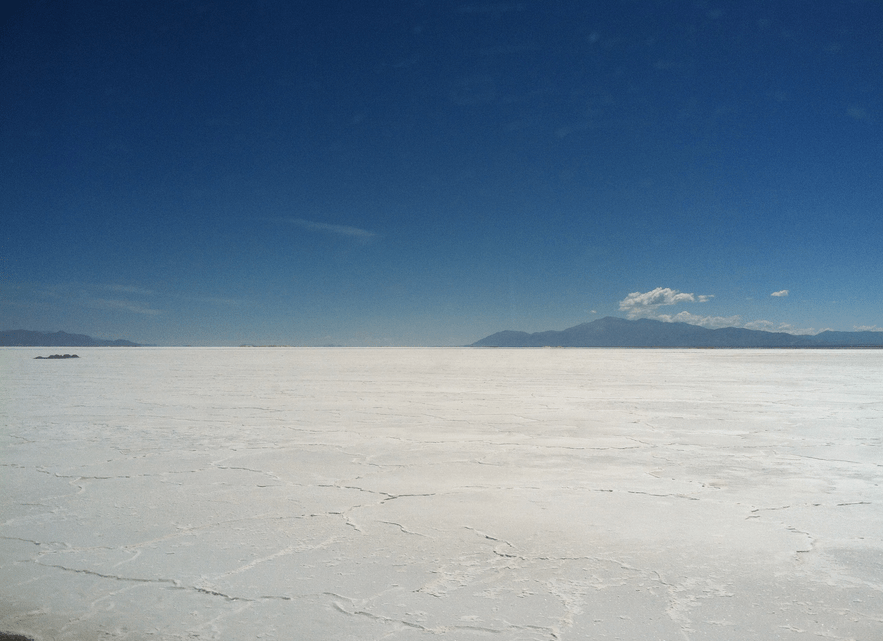 Located in the Andes of Atacama at an height of 4320 m, among the highest geysers in the world. It has over 80 active geysers, third largest in the southern hemisphere. It is a major tourist attraction in Atacama, over 100,000 tourist visit the area each year. The best to see them is to go there at sunrise when the hot geysers condenses with cold air and forms the cloud on surface. 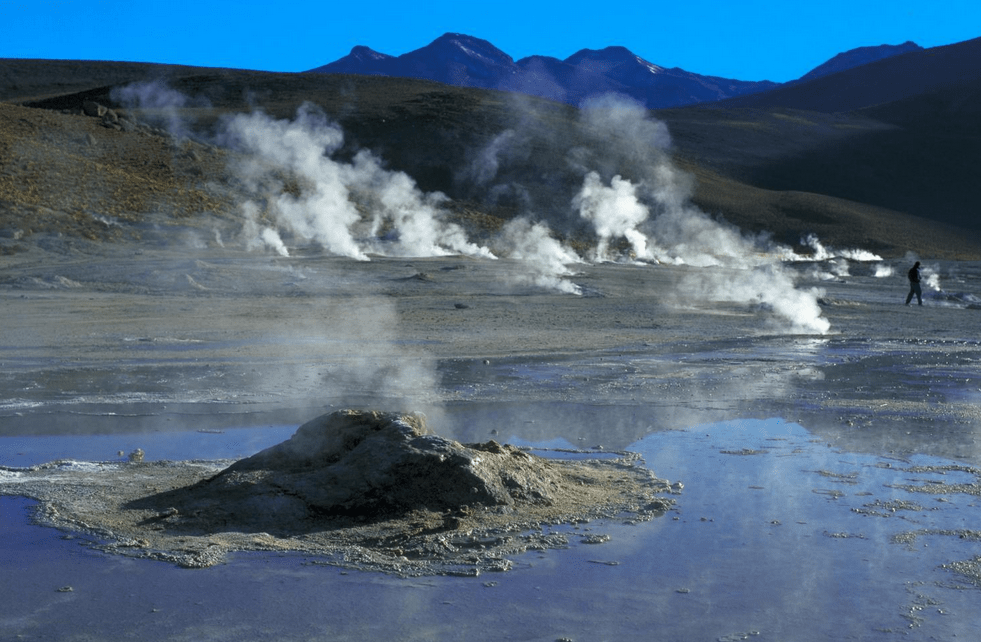 It is a 12 meter tall Sculpture of hand, standing in the Atacama desert just 100 km outside the town of Antofagasta. It was made by Chilean artist Mario Irarrázabal in 1992. The hand appears like some one is reaching out for help buried in the desert. 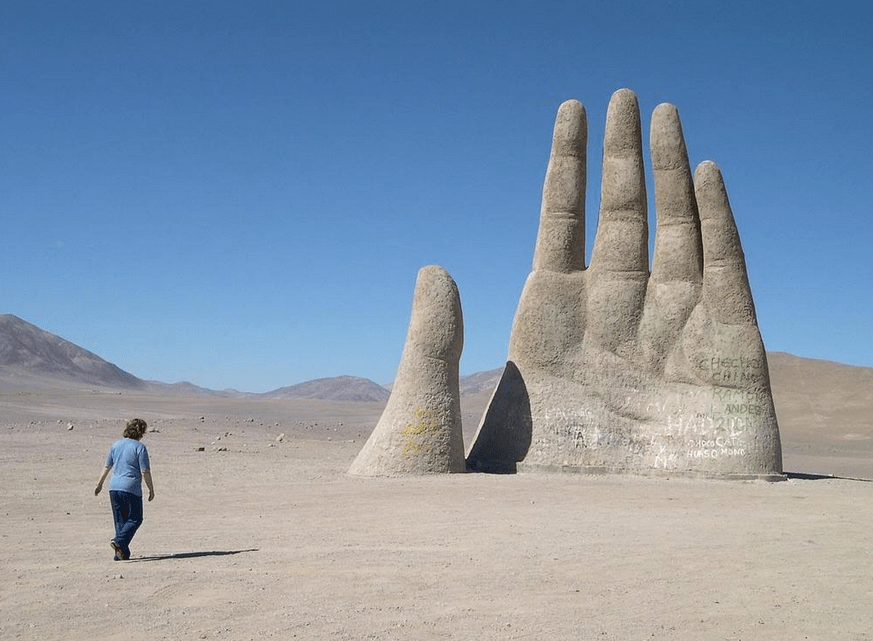