Desert Atacama situated at an altitude of 2000 ft.(above sea level) on the Pacific coastal line and at west of Andes in North American countries of Chile, Bolivia and Peru. Desert is a long narrow strip of 600 miles which spread over 40,000 sq. miles composed mostly of sand, Lava inflows and salt basins. It borders with Peru on the Northern side, Bolivia to Eastern side and Chile on southern side. San Pedro de Atacama a major tourist attraction and gateway to Desert is 1670 KM from the capital city of Santiago Chile. The Atacama is known for it’s terrain exactly like the Planet Mars and driest place on Earth. Still World attracts towards it make it the popular tourist destination. However two Days acclimatization before at Calama or San Pedro de Atacama is Must for everyone. 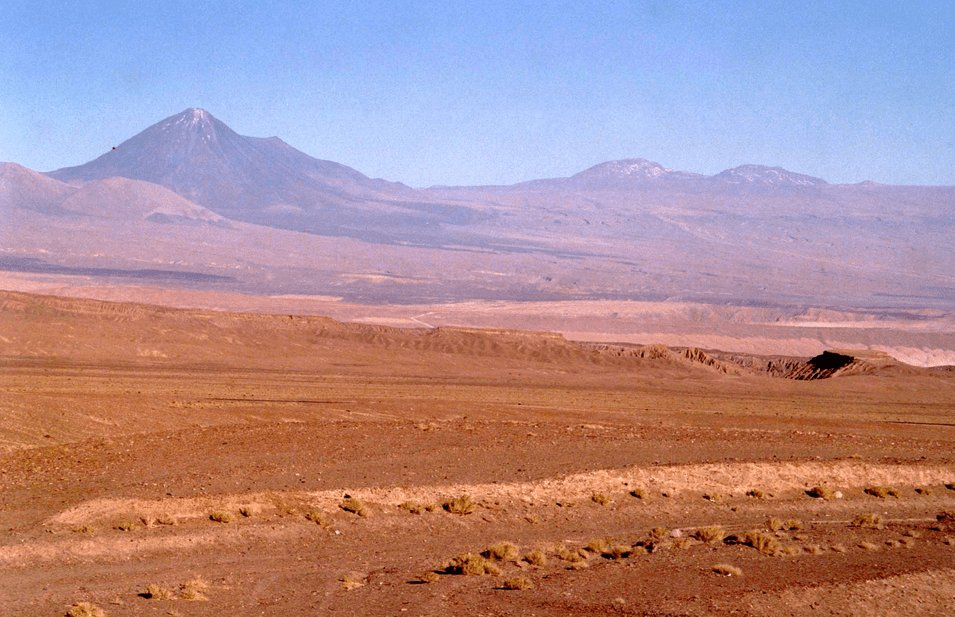 Here are few things you should know about the Desert before you go there.

It is suggested that the Atacama may be the oldest desert of the Earth and has suffering from extreme aridity from the three million years. Geological research paper also conclude that in few areas of the Desert, as in Chile, Extreme aridity has continue to exist for the last couple of hundred million years. It is said to be 50 times drier then Death Valley of California.

Many mountains higher than 20,000 ft. are completely free of snow and glaciers. Only few peaks may have permanent snow cover. The study paper of British scientists suggests that some river beds of Atacama have been dried for almost 1,20,000 years. Mainly Aridity occurs in the Atacama, because being situated in the two mountain ranges the Andes and the Chilean Coast range of sufficient height which prevents the moisture advance from either sides the Pacific and the Atlantic side.

The Mars Effect and Moon Resemblance in Atacama

About 100 km from south of Antofagasta Chile, a region which is at an height of 10,000 ft, has the soil which is in comparison similar to the Mars. This region is very unique on Earth and being also used by NASA space agency of USA to test its future Mars mission projects lander and equipment. 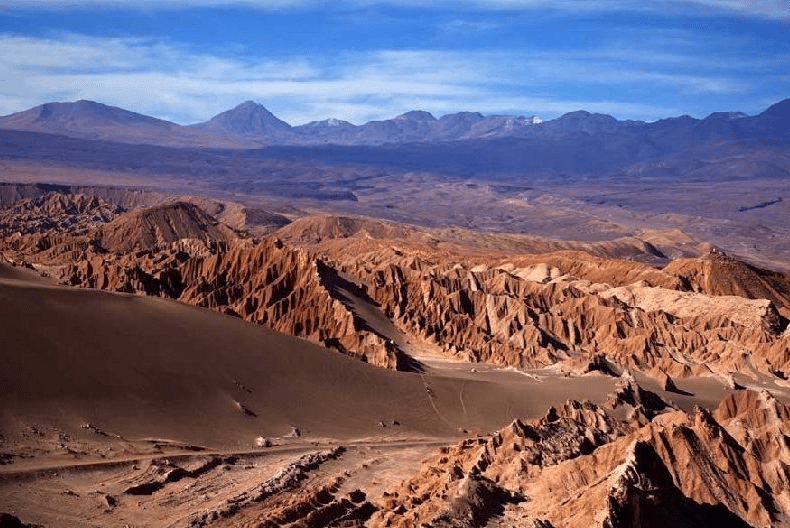 During an soil Experiment on Mars in year 2008 The Phoenix Mars Rover detected the particles of Perchlorates in Mars soil at same site where water was discovered for the very first time on Mars. Perchlorates are also found in the Atacama desert and its nitrated associates reserves may have contained the organics, it lead to speculation that signs of life on Mars are compatible with Perchlorates.

Not just it’s soil but it appearance also very similar to that of Mars surface, that’s why, it attracts no. of tourist and has been used for location for the filming Mars scenes.

Valle de le Luna or The valley of Moon is said to be another place in Atacama desert which looks like Moon surface. 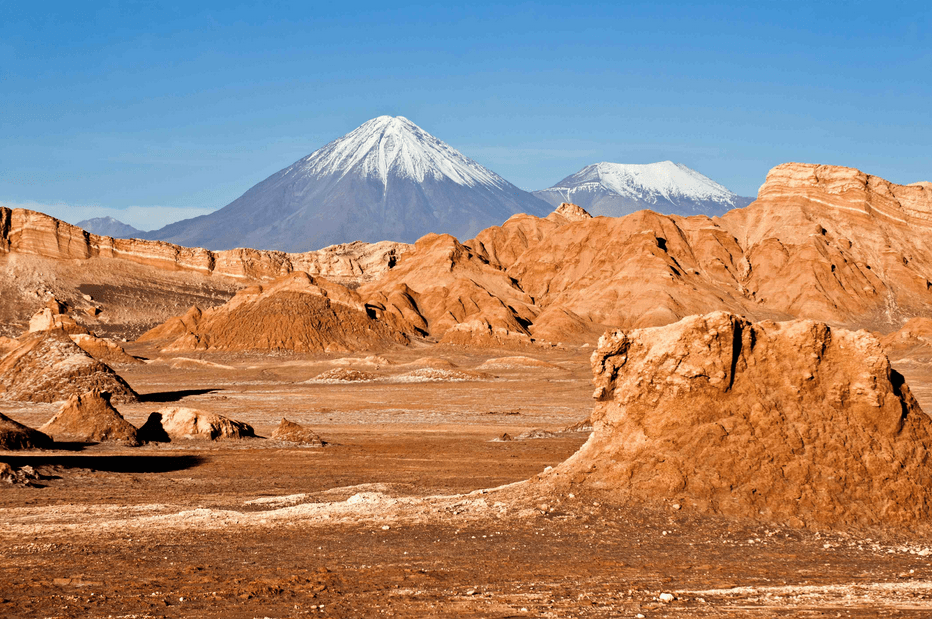 Atacama weather makes it the unique region on Earth. Despite being the driest place on Earth, Atacama Desert is a pretty cold place and it’s temperature ranges from 0 to 26 degree Celsius. The average annual rainfall is about 15 mm and some of the weather station in the region have never received rain. The central Atacama have been rainless from the last four years. It is suggested by evidence that the region may not have had any significant rainfall from 1570 to 1971.

Atacama desert is very rich in minerals. It has the largest natural deposit of the nitrate and in 1940’s Chile was the largest supplier of the sodium nitrate. Many mining town about 170 have since been abandoned. 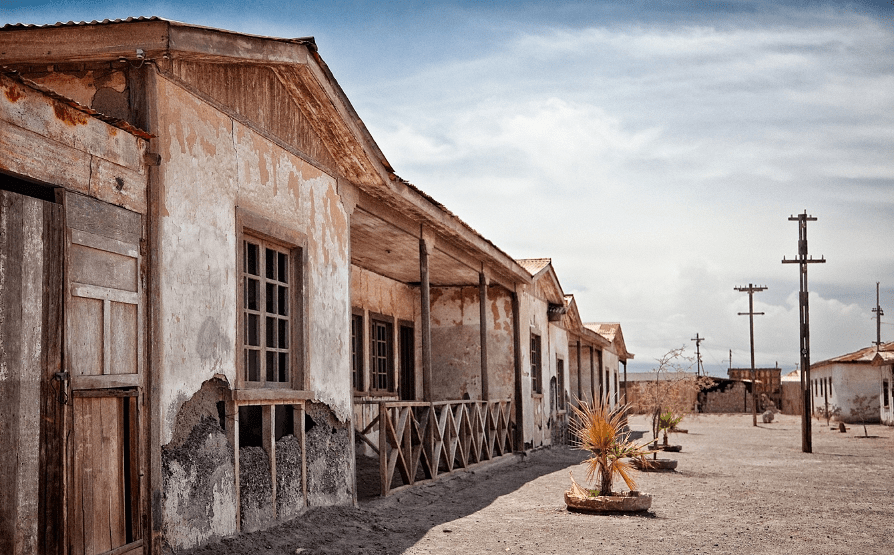 The Desert also has rich deposits of metallic mineral sources like copper, Silver, Iron and Gold as well as non-metallic important minerals such as Lithium, Potassium salt and Boron. Chuquicamata copper mine is still the largest deposit source of copper in the world.

Atacama is one of the best place in the world for space observation, Because of its high altitude, clear bright sky (no cloud cover), thin dry air and lack of pollution and radio interference from the cities. European Southern Observatory built two major observatories in the Atacama Desert named below:

A brand new radio telescope called ALMA, built by Europe, US, Canada , Chile and Japan, officially began operational in 2011. Many radio astronomy projects have been operating from the desert such as ACT, ASTE, CBI since 1999.

Flora and Fauna of Atacama

The Atacama is home to the quite large no. of species of plants and vegetation despite its climate condition. over 500 hundred flora have been gathered within the desert. Species here defined by the their extraordinary ability to adapt the Extreme hostile environment. Most Common are thyme, salt grass and llareta. llareta is the highest growing species of Wood. 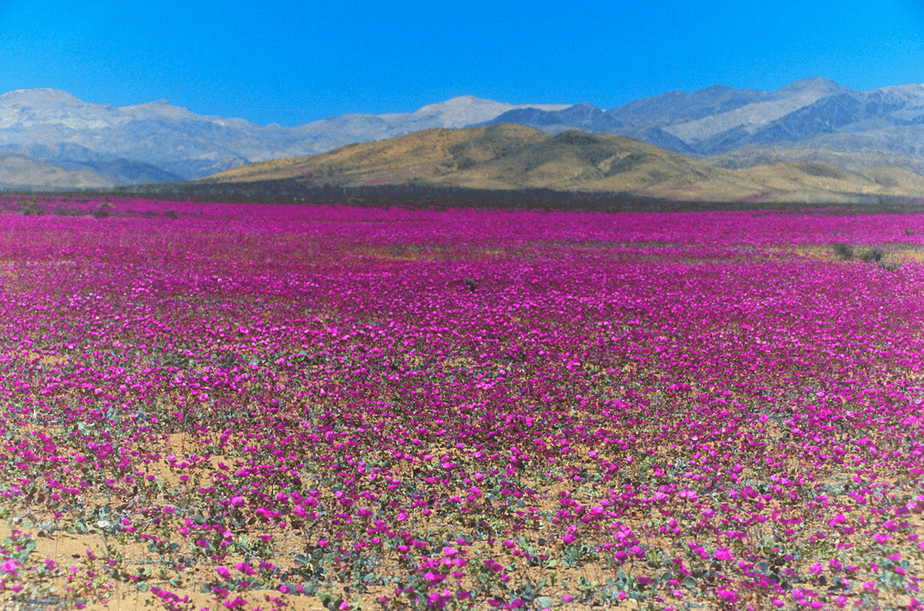 Many other species of Cacti can also be found here such as Candelabro and Cardon which is quite large in size and which can grow upt0 7 meters. A rare phenomena of desert Flowering of Atacama can be seen with sufficient precipitation from September to November.

Extreme Climate of the Atacama limit the no. of animal species living here permanently. Some region of the desert are so arid that no animal and plant can survive there. Outside of these regions few species of Grasshopper, Butterfly and beetle can be found. 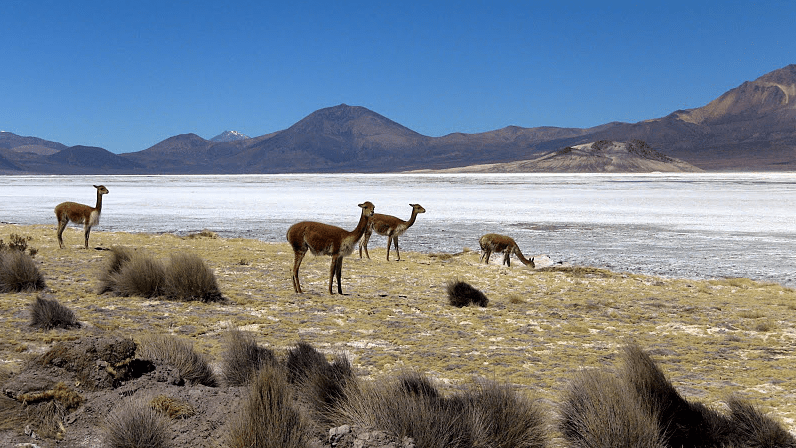 Also many reptile, toad and bird species (migratory birds) can be found here. Specially reptile like Iguanas and lava lizard live on the slopes of Andes mountain and volcanoes, At lomas(slopes of mountain) ‘Atacama Toads‘ lays eggs on which reptiles feed themselves. Birds are the largest animals live in the desert. Humboldt penguins live year round along the pacific coast line of the Atacama. On Salt flats near the Pacific flamingos flock to feed on the Algae. Few Hummingbirds and Sparrow seasonally fly to the Lomas( slopes of Andes) to feed on insects and flowers.

In less arid area, Atacama animals like Darwin’s leaf eared Mouse, American Gray Fox , Guanacos, Viscacha can also be found. They Feed on the grass which grows on the slopes after the snow melt. Guanacos can roam around the high arid area without water for days.

Despite being the driest place on Earth and rough terrain like Mars, the Atacama is the third most visited place in Chile. One of the top attraction in Atacama for which tourist gather here, is to witness the clear starry nights, one can see the center of galaxy and space dust clouds from The Desert. Also Atacama is home to the several abandon mining towns from 1940’s and popular among tourist. Overall the Desert, Oasis and it’s surrounding offer the spectacular view of the Archaeology and natural sites such as Giant of Atacama, calama city, Copper mines, San Francisce de Chiu Chiu church, valley of moon (valle de la luna), San Pedro de Atacama village, El Tatio Geysers, Salar de Atacama  Volcanoes and Los Flamencos National Park and Mano del Desireto (hand sculpture). See Also 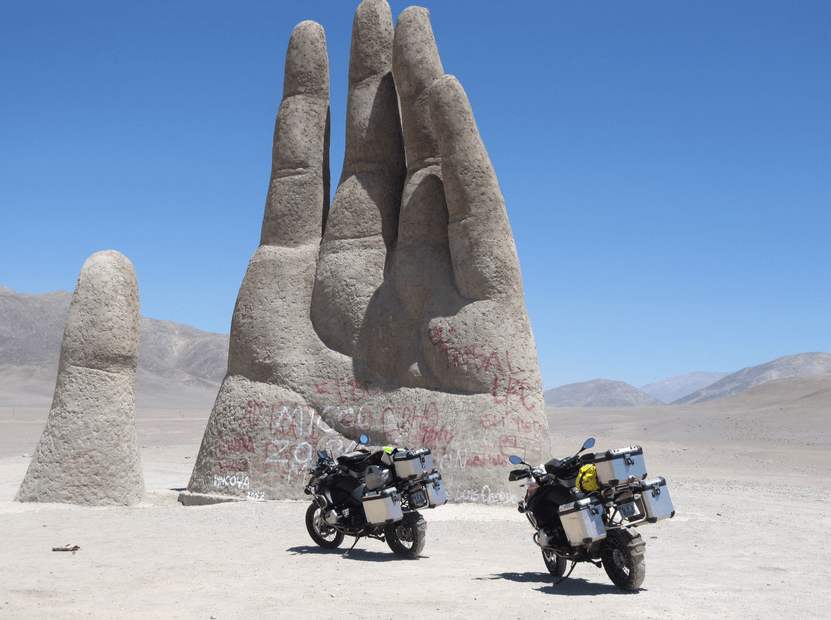 Atacama desert is the major rally racing hot spot. The Desert is Part of 15 Day long Dakar rally which started in Peru, goes through Atacama and end at Argentina. Sand dunes of Atacama also used for Sandboarding by visitors. Others Car rally races such as Solar car racing, lower Atacama and Chile rally and Patagonia Atacama rally annually held here. 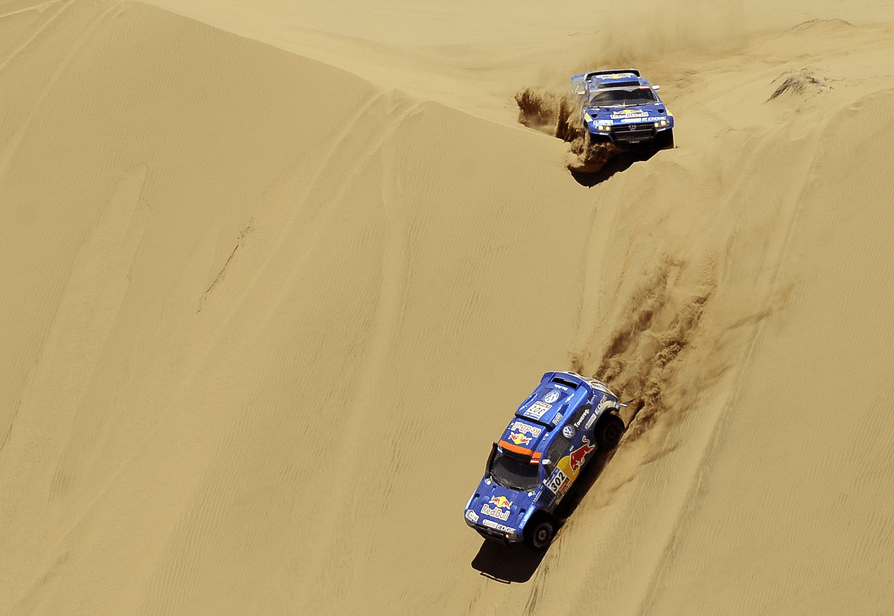