Baku is the capital of Azerbaijan, a former USSR country situated 92 ft below sea level on the shoreline of Caspian Sea. Baku is the largest city of Azerbaijan and Caspian Sea. The city is divided into two main parts: The ancient city (Icheri Sheher) and the new city. Ancient division (Icheri Sheher) of the Baku is UNESCO World Heritage Side. Perfect blend of Modern Architecture and Ancient Architecture makes this city above all cities. 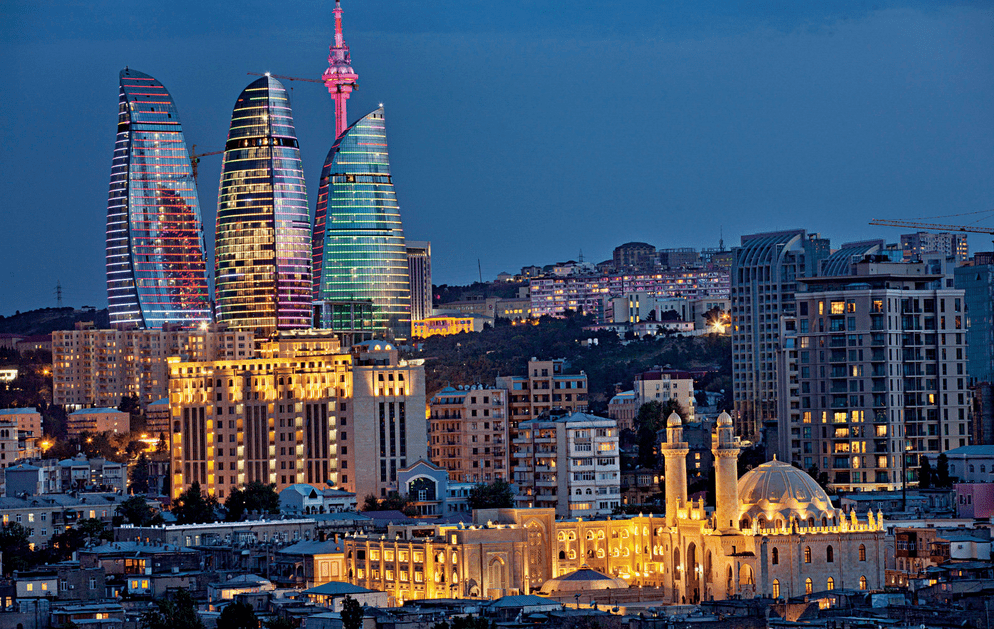 Now if you are planning to travel to Baku city and don’t know what to see and what do in Baku city. Than you must know that Baku offers many sightseeing and activities to the tourists and increasingly becoming popular holiday destination in the world. Here is a list of Top 10 things to do in Baku Azerbaijan:

1. Palace of the Shirvanshahs

Baku’s Old City is the center of Azerbaijani architecture and history. The complex was built in 15th century. Its stone buildings and complicated streets hold secrets that have still to be discovered. A Jewel of Old City architecture, rich in history is the middle age residence of the rulers of Shirvan. The complex has the main palace, the underground vaults, a mosque, mausoleum, Divanhane, Murad’s gate, a lake and the remains of the bath house. The Palace is with in walking distance of most Baku hotels. 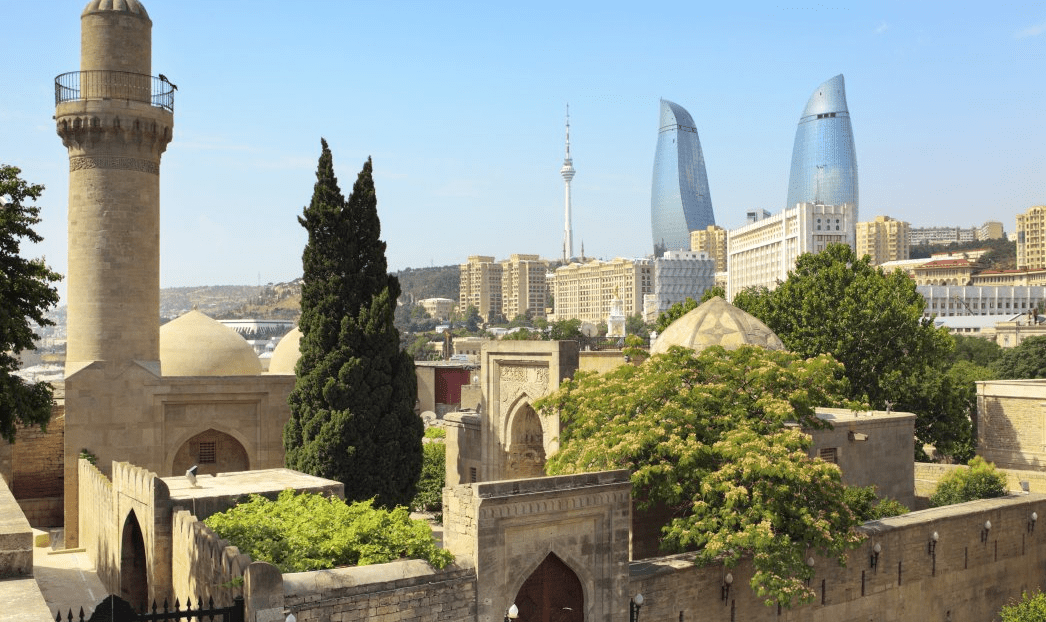 Maiden’s tower also known as Qız Qalası in Azeri is 95 feet tall and the oldest monument in Azerbaijan. The tower is believed to be a 1000 year old. Also known as the Virgin Tower in Baku has a story attached to it. It is believed to be made by a wealthy ruler who fell in love with his daughter and asked her to marry him, she said yes on one condition that she wants a tower high enough so she can view the city. After the completion of Tower she climbs to the top and threw her of the top. The Maiden’s tower offers the beautiful view of Baku bay and the old city. 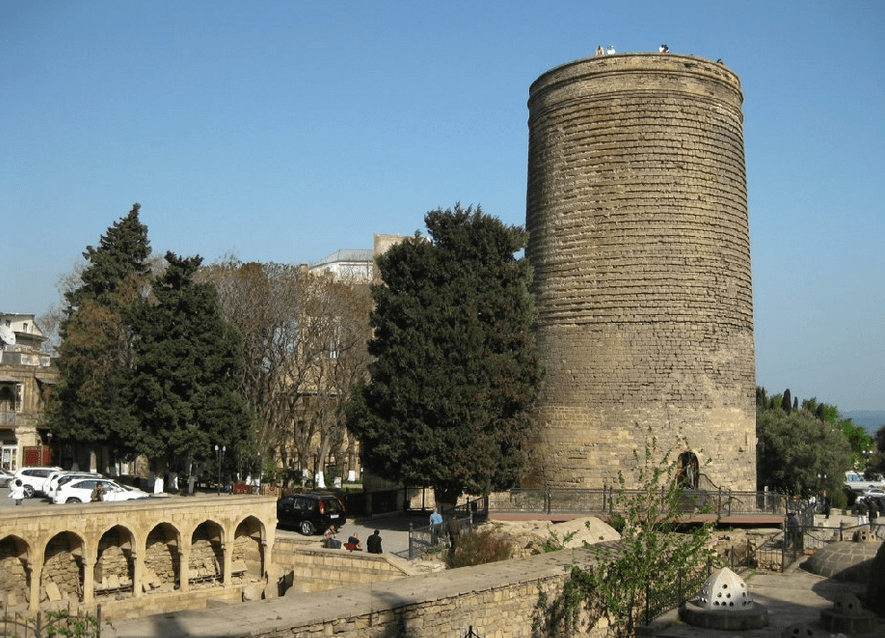 Yanar Dag is situated on a hillside on the Absheron Peninsula near Baku city. It is basically a natural gas fire which is on fire continuously from 1950’s when a shepherd accidentally lit the Deposit. The naturally occurring in colorful flames is now a popular tourist spot. The Yanar Dag is 30 mins from the Capital of Azerbaijan. 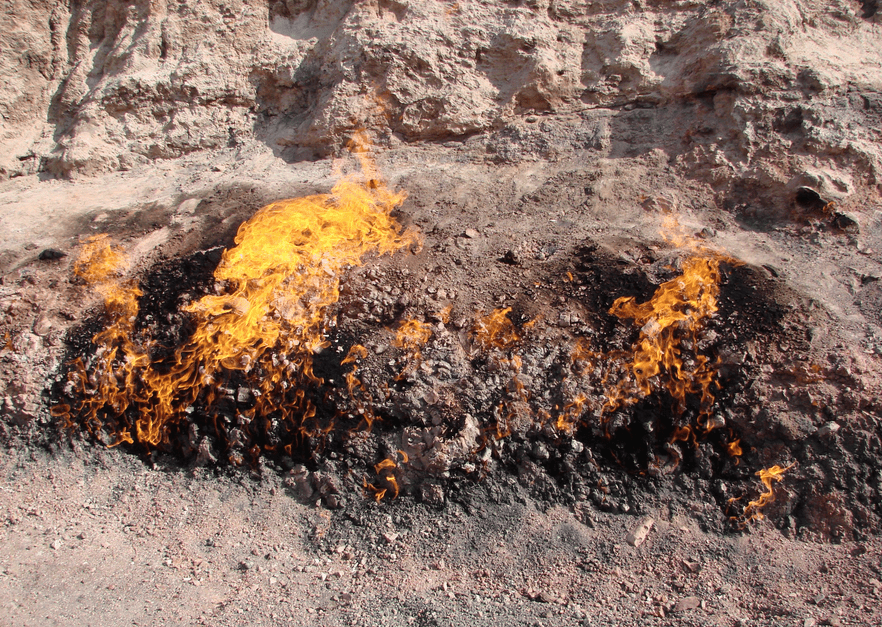 The Baku Boulevard is an 100 year old Park runs parallel to Caspian Sea. The park was established by the rich Baku Oil Barons built their villas and mansion along the Caspian shore. The park is 3 KM long and around .75 KM wide and it will be stretched out to 26 KMS by the end of 2016. The park gives the spectacular view of the Caspian Sea. It has a very Large Ferris wheel and a Mall. 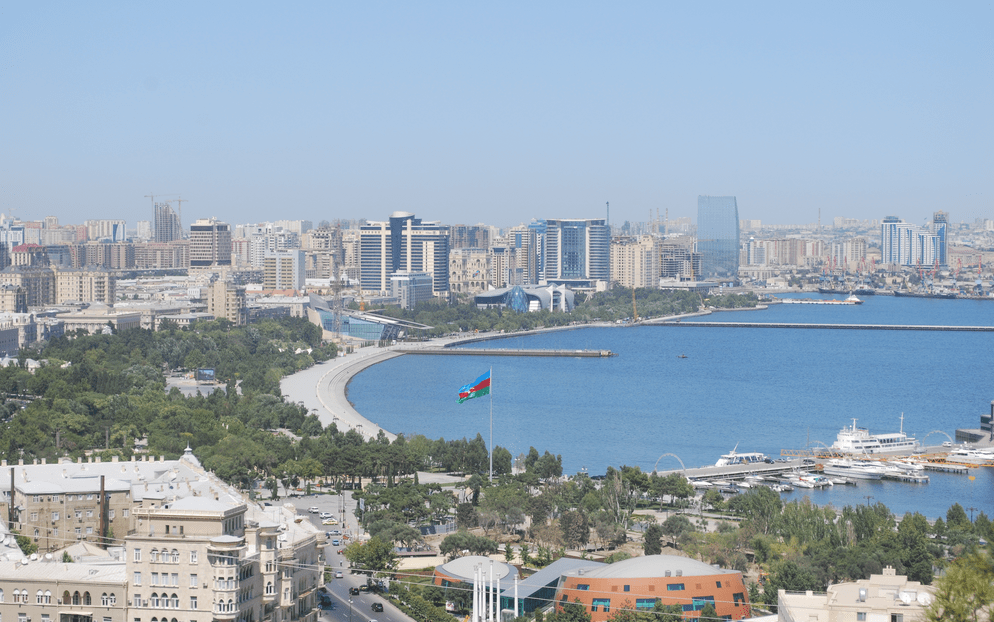 5. Ateshgah of Baku or The Fire Temple of Baku

Ateshgah or the Fire Temple is located in the suburb of Baku city, capital of Azerbaijan. It is religious temple with Indian and Persian inscriptions on it, according to which it is an Hindu temple built during the 17th century of Mughal Period. The fire of the temple extinguished in 1883 because of ending of the natural gas flow to it. In 1975 government converted into an museum. It has annual tourist count of  20,000. 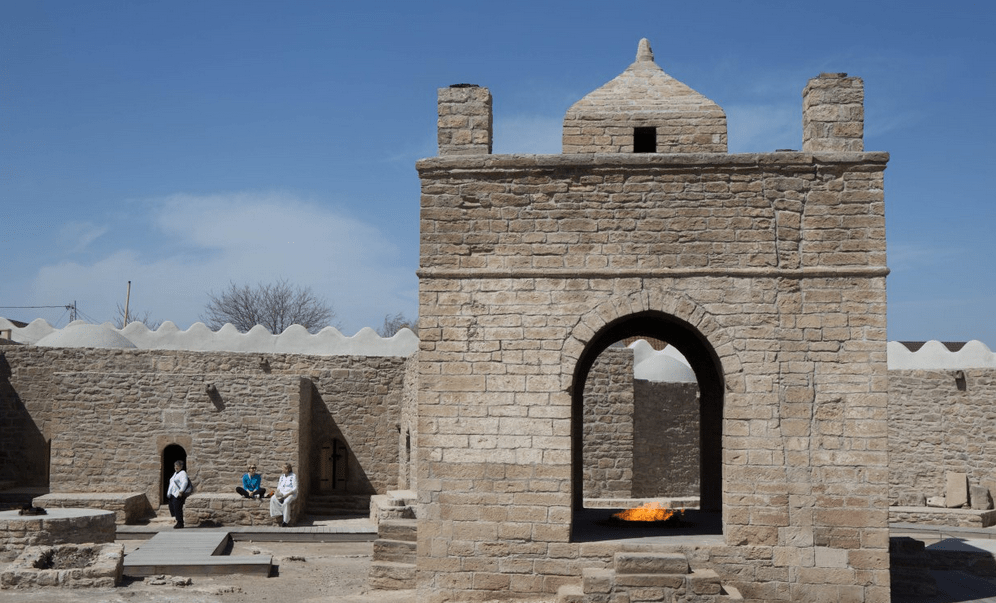 One in a particular reason people comes to Baku is for its Nightlife. Baku is among the best in the world for urban nightlife experience. It has very good clubs, Bars and Restaurants. Mostly bars and clubs are located on the fountain square and offers live local music. Clubs normally open till Dawn. Mostly Restaurants offers very good local cuisine and as well as western cuisine. 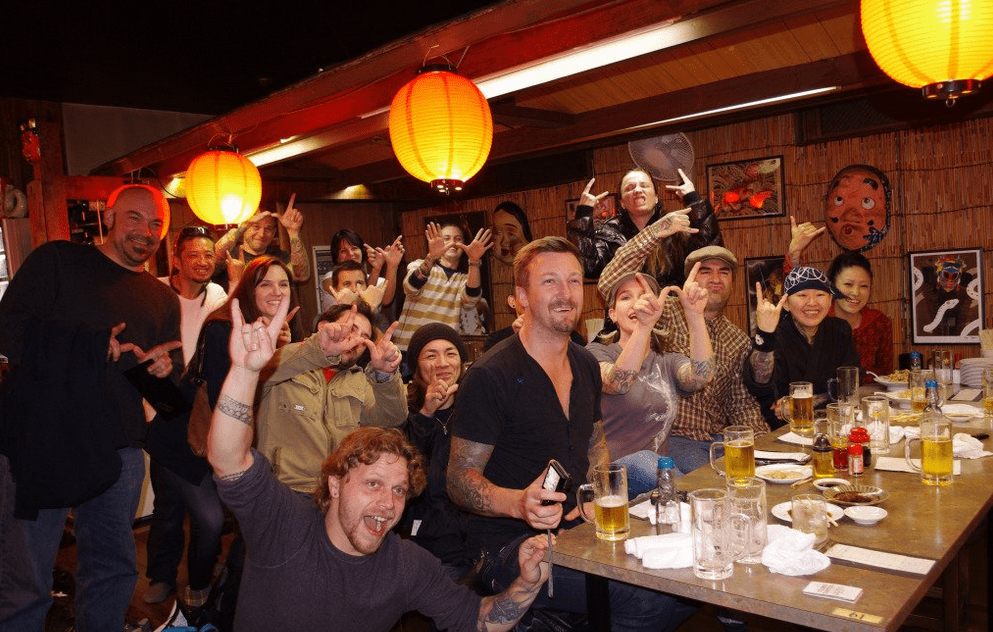 It is an public square with many hotels, boutique, restaurants, shops and cafes in Baku. The fountain square is located between Nizami street to walls of Old City. Its very popular destination among tourists. It is the center of any celebrations, public gathering, shows and festivals. 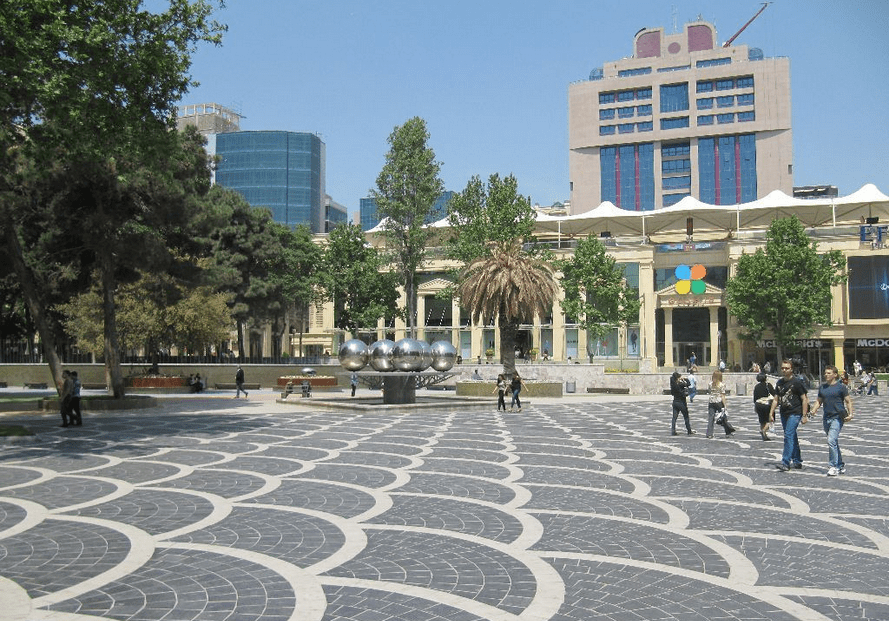 Hamam Mehelllesi is the oldest public baths in Baku. Both woman and men can take baths in here but on separate days Monday and Friday are for the woman and rest of the days for the men. Hamam Mehellesi is in Old city near to the Ichari shahar metro station. If you are in Baku city one must have hamam in Mehellesci.

Well known music tradition in Baku is Jazz. Jazz music peaked its popularity during Soviet era. Now Baku is Jazz capital of the world. Baku Jazz center hold the annual event which lasted for a week. It features many music performances from the famous Jazz musicians around the world. If you are fan of music than it is a must go event. 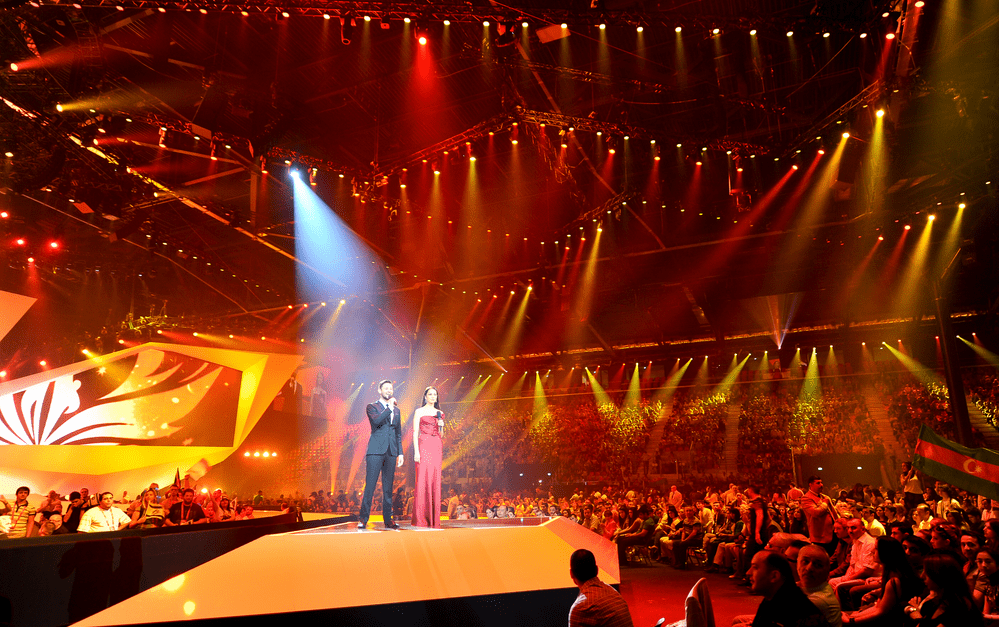 A UNESCO world Heritage site Gobustan Natonal Park encompasses some 60,000 thousand rock carving in mountains. The National Park is 1 hr. away from the Capital city of Azerbaijan. The rock carving dated back to some 14 millennium old, which shows the civilization was here from almost 100,000 years. Many tourist wander here to see the Norwegian viking Engraving on rocks. 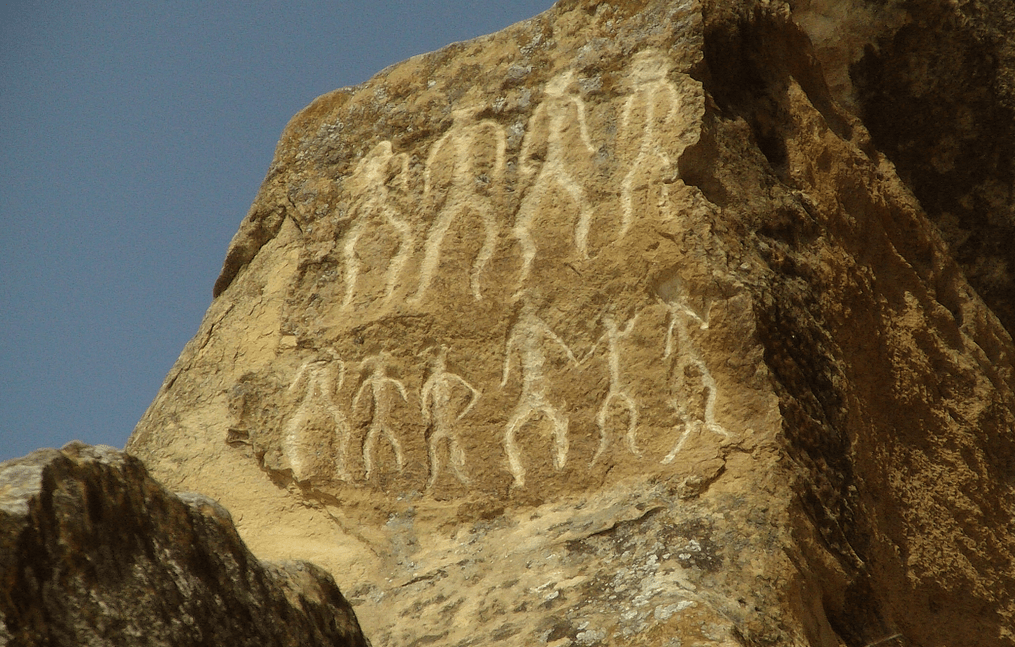