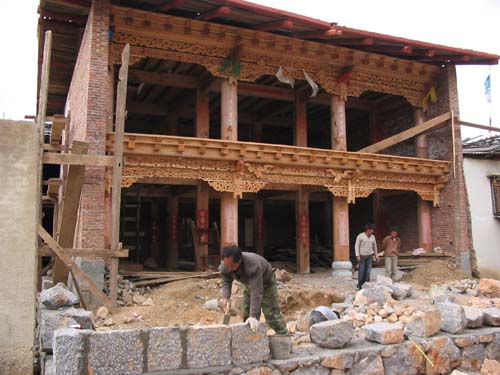 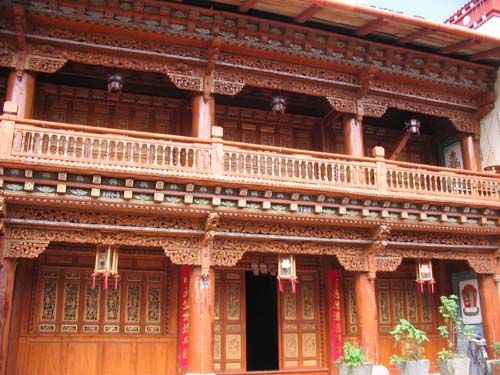 The Tibetan architecture of temples as well as houses is always manifested by solid structures no matter where they are found, whether in Central Tibet, in Sikkim or Bhutan and elsewhere in the eastern Himalayas, the Nepal Himalayas or in the far western reaches of Tibet including Ladakh. In the old Tibetan town of Zhongdian in Northern Yunnan, in southwestern corner of China, a region that historically was part of Kham, or Eastern Tibet, the houses are the most massive of all. In Kham, the Tibetan house design is characterized by massive timber posts that support the structure physically and dominate it visually. Typically two-storey high the front elevation is repeated in the contemporary house design although people mix in modern design features. The lavish woodworking and striking embellishments however are always retained, leaving one at awe of the impressive architecture. 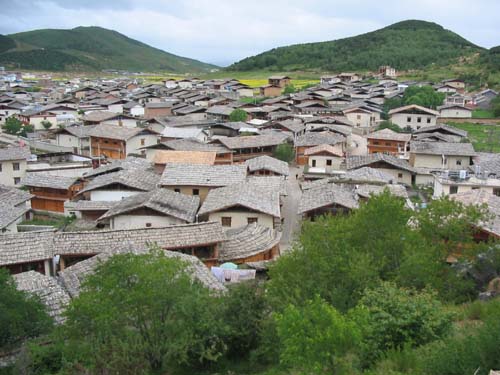