Looking For A Fantastic Night Out In London? 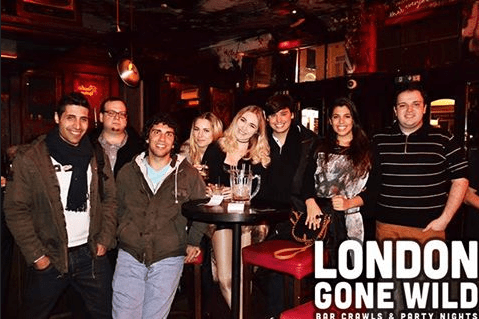 Whether you’re visiting Britain’s capital city for a short break or are moving there to study or perhaps because you’ve landed a job there, one thing is for sure and that’s that there’s no shortage of great nights out. Whether you’re into your live music, clubbing or just enjoy a good night out at the pub, you’ll never struggle to find somewhere to go. Of course, with so much choice, how do you get started on London’s nightlife circuit? Where’s hot and where’s not? Are there any hidden gems which can be shared to help you on your way and get you started with your first night out in the city? We believe so and it’s in the form of one of the fantastic pub crawls in London from Nights Gone Wild!


If you want a great night out what better than a planned pub crawl? Nights Gone Wild offer two fantastic pub crawls in Piccadilly and Shoreditch, both of which have been voted some of London’s finest on TripAdvisor. The beauty and attraction of such an event is that all the hard work has already been done for you – the planning! Where most nights out fall apart is in the fact that different members of the group want to go to different bars, pubs or clubs however on an organised pub crawl, all the planning is done for you and it’s up to your host for the evening where you go and when! This not only saves arguments and disagreements but also ensures that you’re able to still have a fantastic night when you don’t know the city!

Anything Else To Add?


On one of these fantastic pub crawls you not only get a fantastic night out, hosted by fun and friendly hosts but you’ll also see yourself saving money as well! Even when you pay on the door, a ticket to one of these events costs no more than £20 which, when you see that entrance to the venues alone would cost more than £50, is an absolute bargain! Add to this a free shot in each of the night’s five venues as well as drinks deals and discounts all night long, you can’t go wrong! Nowhere else in London can you get such a great deal on such a great night out, as well as have a photographer come along to capture every special moment from the night and upload to social media afterwards for you to share and tag yourself in!

At the end of the day, these pub crawls are the perfect night out for anyone who doesn’t know London inside out and, as such, wants someone to tell them where they’re going for a great night but also anyone who simply wants to enjoy themselves without spending an absolute fortune! They come highly recommended from us and the fact that they sit right at the top of TripAdvisor surely says something as well?

The Beautiful Tatra Mountains Of Poland And Slovakia