Ever since Tibet first opened to Western tourists in the early 1980s, Kham, the eastern part of Tibet, remained closed. Few hard core travelers tried to bribe their way across in the early years, traveling atop trucks, often needing to keep hidden out of view for most of the journey that could last as long as three to four weeks, freezing, hungry, set to dodge numerous check posts, only to make it through. Getting caught meant getting a heavy fine and instant deportation. Sightseeing was nearly impossible unless the truck driver was willing to stop in the middle of nowhere, or at best perhaps at a small village. Through towns one could pass only by night or early dawn, and only with the utmost cooperation of the truck driver. But even from the back of the truck the scenery was magnificant, and the journey unlike any other. 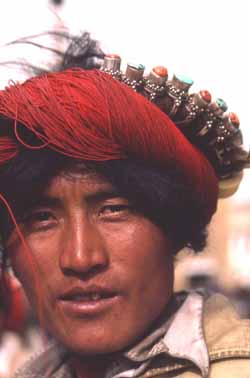 In recent years as more Chinese tourists ventured to Tibet and started to navigate the Eastern Tibet roads to Sichuan and Yunnan, handful of Westerners have gotten permits as well. Because of protests and calls for Tibetan independence in 2007, Litang and most of Western Sichuan has remained closed since.

Whether travelling the route from Sichuan, from Chengdu via Lithang on to Lhasa, or from Zhongdian in northern Yunnan via Deqin and Markham, the Kham route to Lhasa is simply stunning and an experience not to miss.

Encountering the strong and proud Kampa Tibetans, passing over incredible passes such as Dongda La, Serkhym La or Mila, passing by striking lakes of Ranwu Tso, Rawak Tso, or Draksum Tso, and marveling at glaciers and towering peaks the likes of Namche Barwa is guaranteed to leave one often speechless. 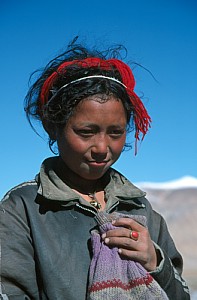 Though the route can be done in either direction, Lhasa to Chengdu, Tibet to Sichuan or Sichuan to Tibet, Chengdu to Lhasa, you’ll need considerably more time for this routing. Aside that, this route through Western Sichuan is also more unpredictable, even if you should be able to get a Tibet Travel Permit. This has been even more so a case since the Lhasa and Litang riots of March 2008 and as a result since much of Western Sichuan has been off limits to Westerners, though in recent weeks few Western tourists are getting through.

The third routing, Lhasa to Zhongdian or Tibet to Yunnan, is just as rewarding, can be done in as few as seven days, though more days will allow for more stops and more enjoyable eastern Tibet traverse. For better acclimatization it is advised to travel the route starting from the lower elevations of Yunnan, thus travel Zhongdian to Lhasa.