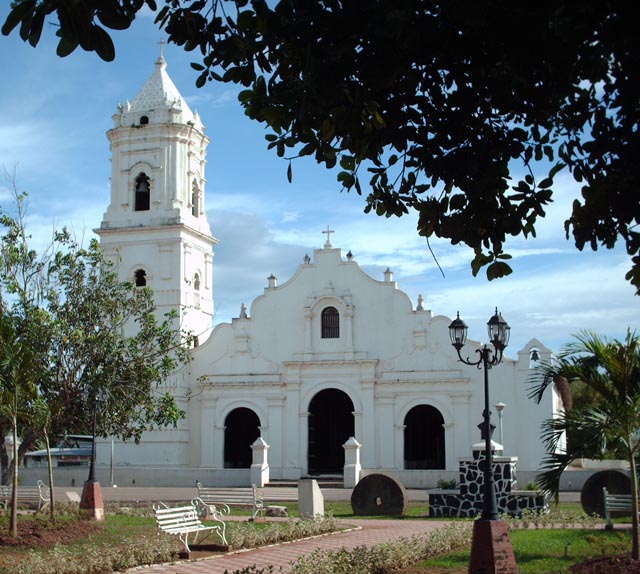 Nata is a sleepy town about half an hour from Penonome, Cocle Province capital. It’s main attraction is its church. A classic Spanish colonial church with a fine colonial facade and a remarkable interior. Completed in 1522, it’s one of the oldest in Panama. Its intricately carved altars, namely the altar of the Virgin with sculpted fruit, leaves and serpents, the influence of its Indian artisans, were not finished until 1751. The church was extensively renovated in the late 1990s. The rough original columns that support the church’s roof are made of nispero, a hardwood found in Bocas del Toro Province. The smooth columns are new and also made of nispero. The entire ceiling was replaced in 1995 and is made of pine and cedar. 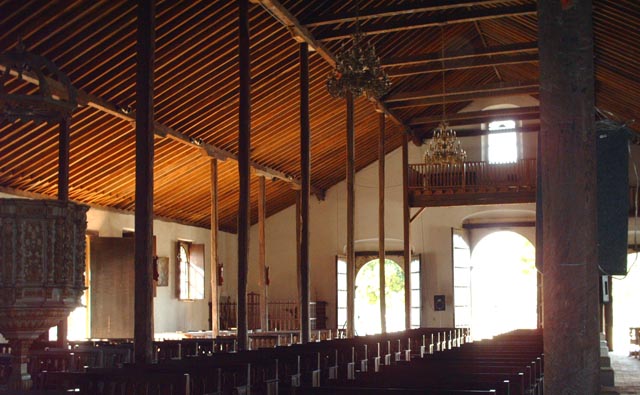 Notice also the Holy Trinity painting on the wall to the right of the altar. Created in 1758 by the Ecuadorian artist Jose Samaniego, the painting was for many years kept from public view because it represents the Trinity as three people who all look like Christ, which is not in conformity with Church canon. 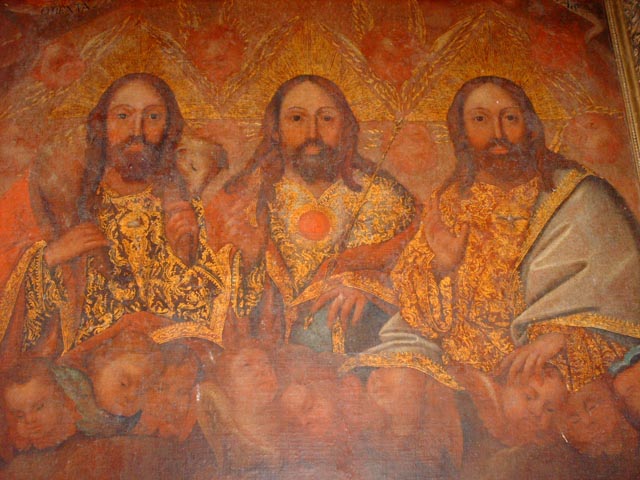 The belfry contains four bells, all less than hundred years old as the original bells were made of solid gold and stolen years ago.

Under a reign of an Indian chief named Nata, Nata was indeed once rich in gold and that was also the reason for its demise. In 1515 an Indian chief, whose territory covered much of what would later become northern Code Province, informed the Spanish conquistadors Alonso Perez de la Rua and Gonzalo de Badajoz of the wealth of his neighbor to the southwest. Naturally, the conquistadors went after Nata’s gold, especially since he was said to have few soldiers to protect the gold. The story goes Perez and his 30 men arrived first; Badajoz and his 130 men were not far behind. Perhaps a bit overanxious, Perez and his party soon found themselves amid a large Indian settlement. Retreat was impossible, but Perez grabbed the Indian chief and threatened to kill him, and thus forced Nata to tell his warriors to back off. Then Badajoz and his well-armed soldiers showed up, and Nata was forced to surrender a large quantity of gold. The Christians remained for two months in the village named after the chief before they headed south and plundered more villages. Two years later, the Spaniards, led by Caspar de Espinosa, returned to Nata and established one of the earliest European settlements on the isthmus.The Indians, meanwhile, were enslaved. As an incentive to settle in Nata, the ruthless Spanish governor Pedro Arias de Avila divided the village and its Indians among 60 soldiers who agreed to start a pueblo there, of which eventually grew Nata of today. 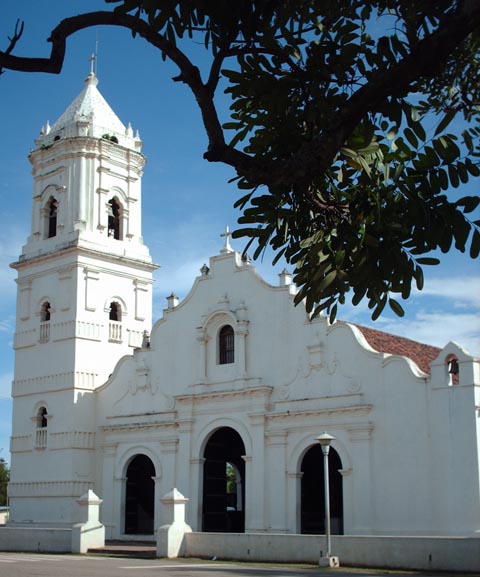