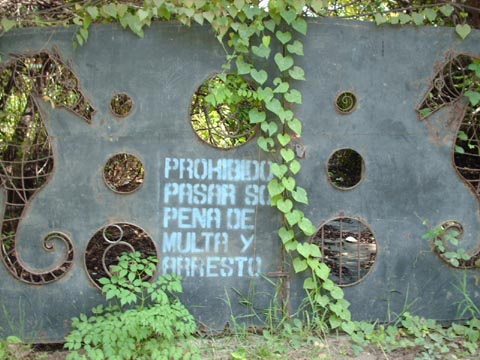 About 500 yards east of the Decameron beach resort is a cluster of beach properties. Nestled among them, overgrown in weeds and coastal scrub jungle sits abandoned Manuel Noriega’s beach house, a vacation home of the former head of Panama’s secret police and a former CIA operative that US later brought to trial and arrested on drug-trafficking charges. It’s said many of the area houses were owned by Noriega’s top officers during the 1980s and the largest one of them by the general himself. Posted by Panama’s Ministry of Finance, the gate fronting the access road proclaims entry is forbidden and violators may be arrested. As the property is easily entered from the beach, the warning does not seem to deter steady stream of curios Panamanians as well as foreign tourists from entering the fenced off compound to glace at the once imposing dwelling with lavish interior. Today ghosts seem to hunt the concrete shell of the formerly architecturally remarkable structure. Shot at and left to rot for nearly 20 years now, the skeleton still gives good feel of the architecture. The living room was large, of semi-circular shape, with striking spiral stairway rising onto second level and the rooftop terrace. Large windows throughout and especially second level offer fine ocean views and one can only imagine what the property once looked like when lawn and garden were no doubt meticulously taken care of. 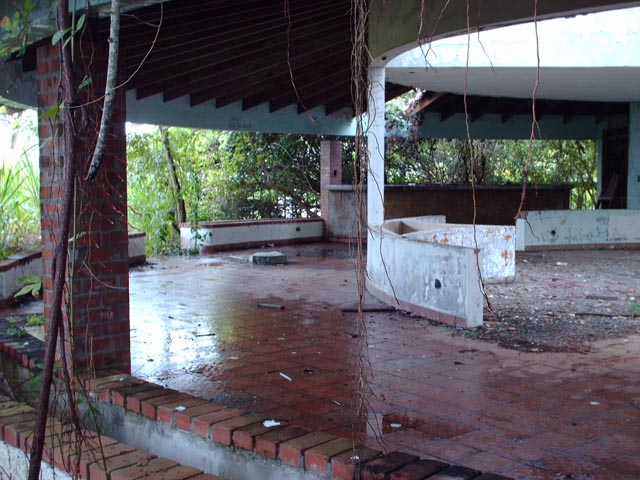 For the history buffs, the story of Manuel Noriega’s house begins along the Interamericana, where small road turns to the coast, paralleling the runway, to the Decameron Resort. Here on both sides of the highway is a small runway, now in part used by small plane owners living or vacationing in this part of Pacific coast. Once a key runway used by Noriega forces, it has an interesting history. It once belonged to the Panama Defense Forces and this strip and surrounding compounds were known as Rio Hato Army Base. There were barracks, an armory and near the end of a 3km road was Noriega’s beach home. On December 20, 1989, two F-117A stealth fighters swooped undetected out of the night sky and dropped two 2000 lb bombs near the Rio Hato PDF barracks, an action that marked the beginning of the US invasion of Panama. Interestingly enough, the very stealth bombing was the first time that the most sophisticated fighter plane was used in combat. The US secretary of defense said at the time that the planes performed their missions flawlessly, precisely hitting their intended targets after flying all night from their base in Nevada. Later, however, the Pentagon admitted that the pilots had confused their targets, hitting one out of sequence and badly missing the second. Rio Hato was also where the US Army suffered its highest concentration of casualties during the invasion although most were not the result of combat. Moments after the bombs exploded, a 850-man contingent of army rangers parachuted onto the runway, however, because they jumped from an altitude of only 150m and landed on pavement, many of them sustained serious injuries. More than two dozen members of the elite force were incapacitated by broken legs, torn knee ligaments and other injuries. 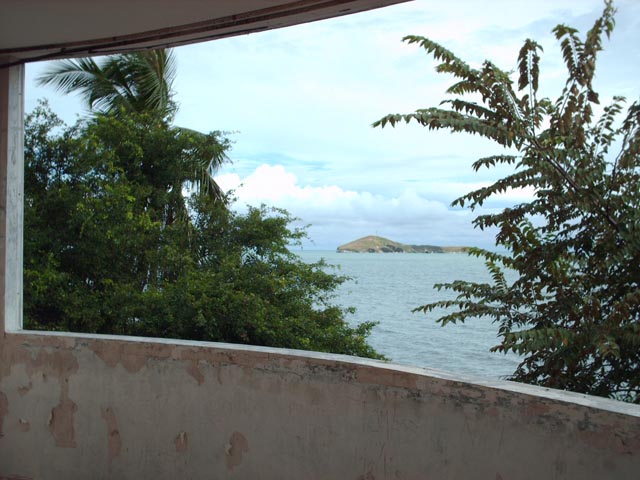 One of the most interesting things about all this is not the army’s errors in planning the jump but that the US military acted with great humanity in its bombing. Strange as that may sound the targets the stealth bombers were ordered to hit were empty fields near barracks filled with young Panamanian soldiers, not the barracks themselves. By dropping bombs near the barracks, the US military hoped to scare the soldiers into surrendering and thus avoid unnecessary bloodshed, which they accomplished as hundreds of Panamanian soldiers at Rio Hato did surrender immediately. For all the criticism leveled at the US during and after the invasion, there were many such instances of restrain that went unmentioned. 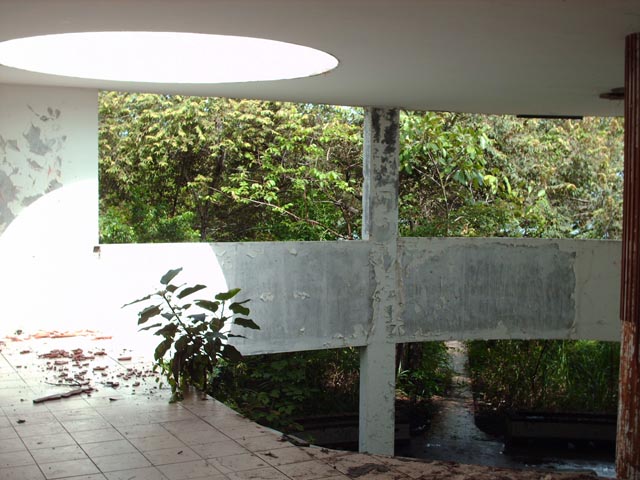 Finally, there’s an interesting little war story attached to Noriega’s residence. One of the reasons US President George Bush Senior ordered the invasion as noted above was to arrest Noriega and bring him to trial on drug-trafficking charges. A big story on the third day of the invasion was a US General Maxwell Thurman’s announcement that US soldiers had found more than 50kg of cocaine in Noriega’s beach house. It was not until a month later, after persistent questioning from reporters, that the Pentagon admitted that the suspicious substance was actually a flour-like powder used to make tamales. 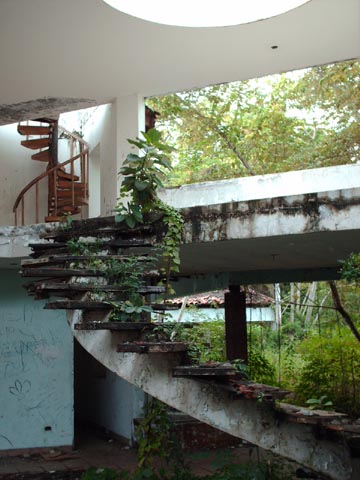 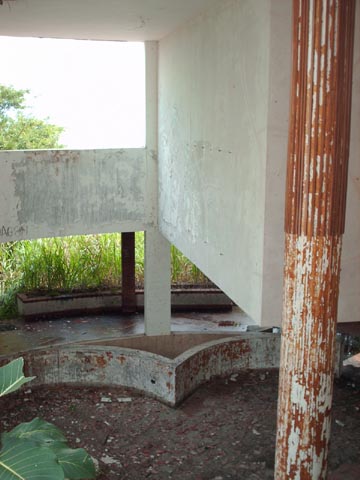