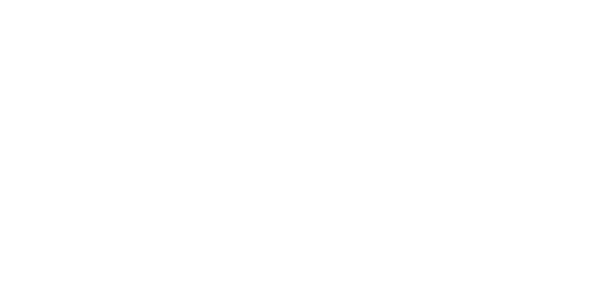 In January 1992, Donald and I met on a tour to Vietnam and Cambodia and since then we have united our passion for travel and with our passports continually stuffed with additional pages, we have been traveling together ever since. Beginning in 2001, Donald and I have been spending January and February in Cambodia where Donald, an ultralight pilot, has flown his two seat plane, originally, for the Archeology Department from the University of Sidney and for other organizations in need of his services. Before we return home to Knoxville, Tennessee, in mid March, we take a trip to a destination somewhere in Asia and then usually take additional trips until we return to Cambodia for the winter. For the last ten years, I have been writing about our travels in the form of e-mails that my good friend Mary Anne has been sending out to a long list of friends. Then recently her computer malfunctioned, spilling the mailing list into cyberspace. Since writing about our travels has become a hobby, we are in the process of figuring out what form they should take next. My travel agent, Tomas at Footloose Travel Guides, has posted my stories about our travels through Egypt on his web site and will soon post stories about our trip to Arakan, a forgotten kingdom in north west Burma.

The following revolves around a three week trip we took to Columbia in June 2010. We arrived in Bogota after taking a seven day tour of the Galapagos Islands on the ship, the Eclipse. At this time, I have not written about the Galapagos, maybe because there is such excellent material available about these islands on T.V. , especially from the National Geographic channel, and as of yet, not that much on Columbia.   As those who travel know, each of us arrives at destinations for different reasons. Darwin’s Origin of the Species prompted our visit to the Galapagos but the origin of our trip to Columbia was not so academic. The Spanish Conquistadors came in search of gold, the clergy tagged along seeking souls, and, as for Donald and I, we came as the result of a T.V. show by the New York chef and author Anthony Bourdain.

Recently completing his 100th show, No Reservations on the Travel Channel, Bourdain travels the world, eats things and comments on his experiences. In the summer of 2009, Donald and I saw one of his programs, actually a rerun of a segment he filmed in Columbia the year before. Columbia has been known as a dangerous place, filled with violence and instability as left wing guerilla movements have been attempting to over throw the government spawning right wing paramilitary groups making sure this does not happen while drug cartels satisfy America’s cocaine habit. Life for the Columbians has meant living with ransom kidnappings, extortion and murder. Nevertheless, he was in Columbia enjoying the food, over whelmed by the friendliness of the people, the beauty of the country and stressing how safe travel there had become. Considering Italians, with the exception of Marco Polo, Columbus, Vespucci, Verrazano, and a few others, are not known for being exceptionally adventurous and given that his attitude is usually sardonic, mocking, and generally derisive, if he liked Columbia, it must be a special place and we were ready to believe him.

In a manner similar to Vietnam and then Cambodia, Columbia is just emerging from the fog of its recent violent past.  As a result, this country fit our criteria, still a little on the edge and not yet on the tourist map. Even though the U.S. Department of State has issued a travel warning against Columbia, the country is in the process of shedding its reputation as a dangerous place. In 2007, the Bogota tourist board began advertising Columbia as a place “where the only risk is that you may want to stay.” We decided to make Columbia the 79th country we have visited and excited about traveling to a new place, we contacted our travel agent, Tomas at Footloose Travel Guides, solicited his advice and coupled with our own input, asked him to put together a three-week trip.

Before I relate our experiences, please indulge my penchant for history and allow a digression into a short history of Columbia and the inclusion of a few pertinent facts.

Columbia is located in the northern part of South America. Its neighbors to the southwest are Ecuador and Peru, with Brazil to the southeast and Venezuela directly to the east. It enjoys both a Caribbean and a Pacific coastline interrupted only by the position of Panama, which at one time belonged to Columbia. It is the approximate size of California plus Texas, which makes it the fourth largest country in South America . With a population of forty-five million people, it has the third largest population after Brazil and Mexico. Fifty-four percent of the country is lowland jungle containing less that 3% of the population. Their major trading partner is the United States and at the moment, a trade agreement signed in 2006 still awaits approval by our Congress. Along with oil and coal, we import their green coffee beans, remember Juan Valdez, as well as their flowers. They are the reason roses are so inexpensive. The people are 58% Mestizo, which is a mixture of Spanish with the indigenous Indians, 20% white, 14% mulatto and 4% black. The people are 90% Roman Catholic.

Bogota is located on a high mountain plateau, 8,000 feet above sea level, making it the third highest capital in the world and with a rapidly increasing population approaching nine million, it is the third largest city in Latin America. Its urban sprawl is contained to the east by the foothills of the Eastern Cordillera and to the west by the Bogota River.  As if squirted out of a tube, the city is expanding further and further in a north-south direction.

As our direct flight from Quito, Ecuador began its initial approach into Bogota’s El Dorado Airport, we descended out of the clouds and saw below us a high mountain plateau punctuated in places by hills, side valleys and small streams.