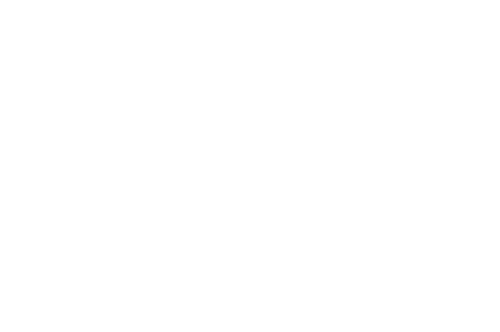 The word “coffee” is derived from a Turkish word, which could have been borrowed from an Arabic word, as coffee was first cultivated in the Arabian Peninsula, or it could have evolved from an Ethiopian word, because coffee was first discovered there. Around 850 AD, as per the legend, a goat herder in Ethiopia noticed how playful his goats became after eating red berries from a certain bush. Thinking what is good for the goat maybe good for him, he too felt an unusual burst of energy after making a meal out of these berries. Apparently satisfied with this, the Ethiopians never evolved any further than eating the coffee berry. By 1100, the coffee bean had migrated to Yemen on the Arabian Peninsula. Here they not only cultivated the coffee plant but also discovered if the beans were dried, roasted, then plunged into boiling water a satisfying drink would emerge. Not wanting to share, it became illegal to smuggle coffee out of the area. In 1475, there were coffee shops in Constantinople and by 1600, the Venetians had introduced coffee to Europe, starting first in Italy and spreading out from there.

As a piece of interesting coffee trivia, Edward Lloyd opened a coffee house in London and from that developed the global insurance company, Lloyds of London. In these London coffee houses a sign was put up next to a cup that suggested, “to insure prompt service” drop in a coin, therefore, the origin of “tips”. Captain Smith who established the Jamestown settlement in 1607 brought coffee with him. However, the cultivation of coffee in the New World had to wait until the late 17th when the Dutch and French began to grow coffee plants in their Caribbean colonies, an area more conducive to coffee growing than Jamestown, much further to the north. In 1723, with plants smuggled out of Paris, coffee cultivation began in Brazil.

THE COLUMBIA COFFEE STORY – JUAN VALDEZ AND HIS MULE

Early in the development of coffee, Christian monks enjoyed a cup as a way to stay awake during long hours of prayer. Along with religion, it was the Jesuits who introduced Columbia to coffee and by 1730, it is documented that coffee was being imbibed in the missions. It took them a hundred years to realize coffee could be exported and in 1835, the first coffee shipment was made to the United States. From that time, the U.S. has been Columbia”s largest customer and today, we are the world”s largest consumers of coffee.

Coffee production in Columbia originated in the eastern part of the country, bordering on Venezuela, and in the beginning, it was controlled by large landowners. However, by the beginning of the 20th, due to internal disturbances and a drop in world coffee prices, the large landowners were ruined. Coffee cultivation followed the migration of people into the interior of the country and was soon grown in the rich volcanic soil of the highlands between the western and central Andean mountain ranges. This time, coffee cultivation was dominated by small growers in rural areas, remaining the situation today. In 1927, the National Federation of Coffee Growers of Columbia was established. In 1959, as part of an advertising campaign to promote 100% Columbia coffee, they hired the American advertising company Doyle Dane Bareback and they created Juan Valdez. This mustachioed character wearing a large brim hat and poncho, leading his mule, Conchita, represented the small time coffee grower and became the icon of Colombian coffee. A survey in the United States in the early 1990″s established that 85% of those surveyed knew he represented Colombian coffee, more than who knew Dan Quayle was the vice president. In 2005, an advertising council voted Juan Valdez the “most important advertising icon in the United States”, beating out the Geico Gecko, Ronald McDonald and the Energizer Bunny.

Coffee, growing best between latitude 25 degrees north and 30 degrees south, is the world”s most popular beverage and today is grown in approximately fifty countries. The two main varieties are Arabia and Robusta. Since 1845, Brazil, specializing in Arabia, has been the number one producer of coffee and today grows 35% of the world”s coffee. Colombia is second in world production of Arabia, supplying 12% of the world”s coffee. However, recently Vietnam has over taken Columbia in the amount of coffee grown, but its specialty is Robusta, considered inferior by the Arabia growers.