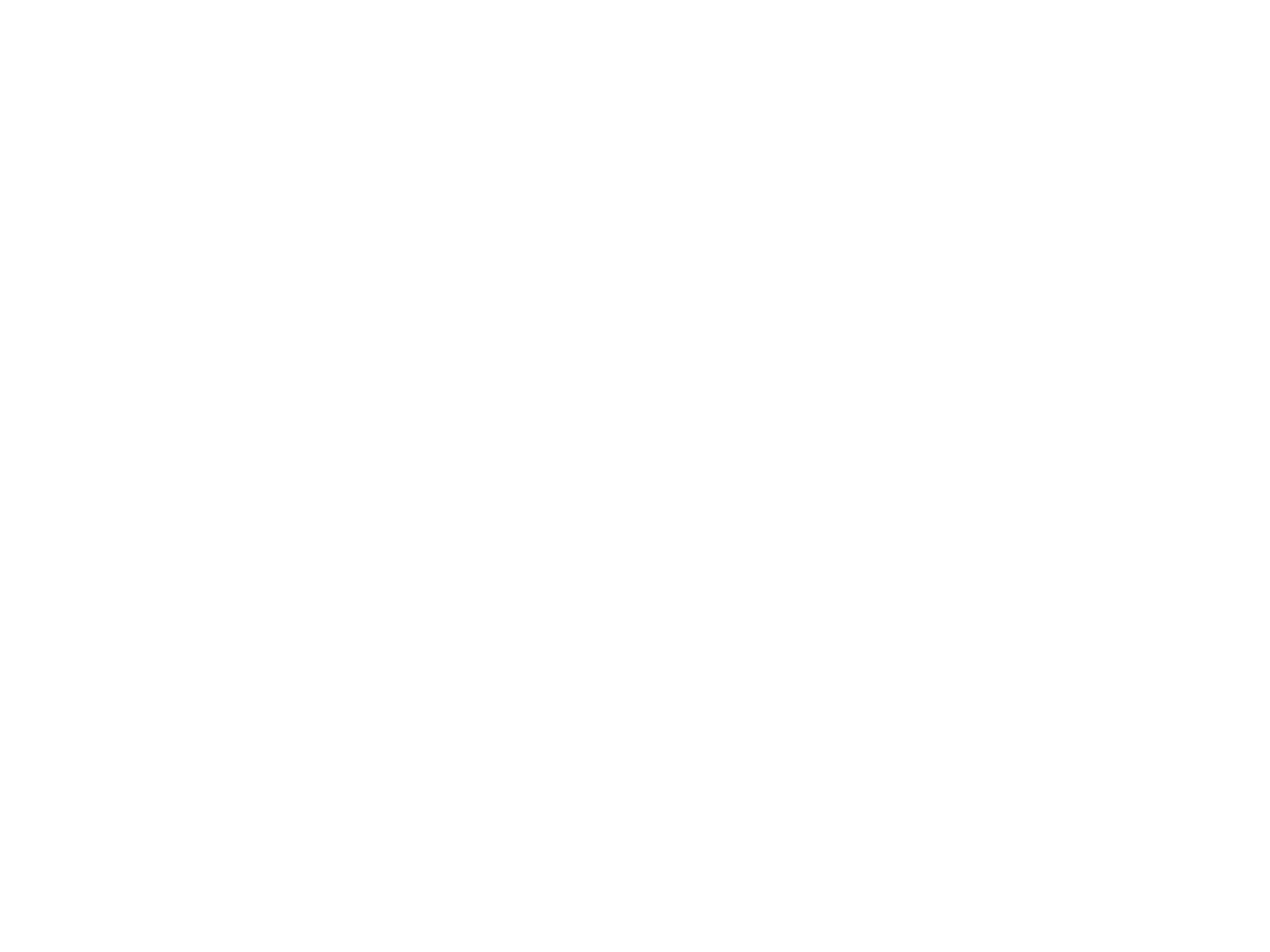 The day Donald and I leave Cambodia is the day we plan our return. Whether we leave a small part of our ourselves behind or take a part of Cambodia with us, we spend the rest of the year anticipating our next trip. This year we were scheduled to leave on December 27. We left Knoxville on December 24th,driving to New York, loaded down with 2 ½ months of clothing and supplies as we would travel in Burma, India, and then the Philippines before coming home on March 15th. Donald spent Christmas at home with his family: his mother, older brother, two sisters, and all spouses , children ,and assorted relatives. I had a delightful time visiting my daughter. We left home at 5:00 AM and eleven hours later Donald dropped me off my daughter’s apartment, the corner of 82nd and Riverside Drive. Due to the holiday, he would spend another three hours fighting the traffic heading to Long Island but I arrived just in time to help my daughter with her annual Christmas Eve dinner.

ARE WE REALLY GOING?

Donald and I spent December hurtling unsettling issues. Even though Donald’s mother promised to remain healthy and my ninety-two year old parents promised to remain vertical, I could not dismiss the continuing sense of unease, an unarticulated premonitions, that something was going to happen and we would not be able to go. Travel day was Sunday and both of us, coming from opposite directions, made it to JFK Airport in record speed. Donald’s brother Jimmy brought him to the airport and I arrived by car service. Without the trouble of long lines, we boarded our North West Flight (operated by Delta). If all continued to go well, we would be returning for our ninth straight winter in Cambodia, marking eight years with the plane.

Instead of spending New Year’s Eve in Singapore, as we have for the past several years, we decided to spend it in Taipei, Taiwan. In my “previous life”, I had a wholesale, gift import business and traveled to Taipei two times a year to arrange for merchandise. The last time I was there was the winter of 1989. Since that time, both Taipei and I have retired from the gift business. If you want that type of merchandise, you now go to China. I was looking forward to seeing how the city had changed and had been promised a spectacular New Year’s Eve fireworks display. Twenty-two minutes of fireworks during Knoxville’s Labor Day Boomsday and spoiled us and we were definitely disappointed last year with Singapore’s seven minutes. The fireworks are set off from Building 101, the second tallest building in the world, and the tallest in Asia. We arrived on January 28, spent two nights in Taipei, one night in the countryside, returning on the 31st and leaving for Phnom Penh, Cambodia on the 2nd. ( Taipei maybe a topic for a future e-mail, especially since I am in possession of a letter I wrote to my parents when first arriving in Taiwan in 1982).

Our Cathy Pacific Flight left Taipei at 6:00 AM and with a change of planes in Hong Kong, we were scheduled to arrive in Phnom Penh at 10:00 AM. Our wakeup call was set for 3:00 AM. This uncivilized time required a stiff offense, a couple of sleeping pills. Even though we had lights out at 8:30, January 1, there was either too little night or too much morning when a stubborn alarm clock and a hotel rousted us out of bed on January 2.

Maybe under the lingering influence, I have very little memory of our ride to the airport or much of the flight but when the plane landed in Hong Kong I, remember being met by a gate agent who guided us to our connecting flight. Apparently, the signage had not yet been completed and we would have had trouble finding out way to the new terminal. The flight to Phnom Penh continued to be a sleepy journey. I had no trouble napping, while the plane, swallowed up in grey cloud cover, experienced occasional turbulence. Just before the plane exited Vietnamese air space, Donald noted, floating in a sea of clouds, the top of Black Lady Mountain. Located close to the Cambodia-Vietnamese border in Tay Ninh Province, this area experienced heavy fighting during the Vietnam War. We often took day trips out of Saigon to visit the Cao Dai Temple located close by. We knew we were nearing our destination.

The captain came over the loudspeaker and, in a crisp Aussie accent, announced our initial descent. He reminded us to reset our watches as Cambodian was one hour behind Hong Kong tome , assured us the sun was shining and the weather, a warm 27 Celsius. It took three different languages to make sure we would all fasten our seat belts
and return our tray tables to their upright position. Just hearing Khmer being spoken hastened us closer to our destination.

We descended out of the clouds and immediately rewarded with our first glimpse of the broad Cambodian plain spreading out below. Blue skies had returned and the clear morning sun was working hard, turning paddies of young rice into glittering green squares and water, standing in flooded paddies not yet planted, into silvery mirrored surfaces. The stately Cambodian coconut palm, pushing their way into the sky, punctuated the distance, hovering over uncultivated land, multiple shades of brown. Soon we saw the great Mekong River threading its way south, brown with the silt it had been carrying since departing its source in the Tibetan mountains. It had already journeyed through jungles, swamps, and forests and when crossing into Vietnam, it would splinter into many small rivers, creating the Mekong Delta.

Below, the river had contorted itself into a ninety-degree turn, signaling the riverine town in the distance was Kampong Cham and the bridge citing, the only one to cross the Mekong River. Over the years, I have written about this place. It is a quaint market town with a French colonial sector. The local people know it for the clay cookware that is produced here and sold all of Cambodia from bullock carts stacked with merchandise packed in loose straw. For the expats, it is the home of the best hamburger in Cambodia, served up by the wife of a Philadelphian expat. For Donald and Eddie, flying in the ultralight, this town, with its exceptionally long runway, at one time was their refueling stop.

Phnom Penh air space was getting closer and closer. The sound of the wheels coming down triggered a tightening sensation, a twinge in the stomach and a skipped beat of the heart. Traditional landmarks came into view. We flew near the Japanese Friendship Bridge, a gift from the Japanese government. Spanning the Tonle Sap River, it connects the city to the Chruoy Changvar peninsula. Over the bridge and an immediate right turn down the river road leads us to our favorite bar, Maxine’s, owned by the indomitable Snowy, raconteur, artist, movie star, and an exceptionally good father. A multitalented man who turned a traditional style Cambodian stilt house, hugging the banks of the river, into a magical place. In the past, I have written about this bar and last year we brought our friends, Herb and Elise, there to watch the sun set over Phnom Penh. We caught a glimpse of the Royal Palace with its traditional architecture, heavily influenced by the Thais, and could almost pick out the traffic moving down Sisowath Quay. Boeng Kak, the lake, located in the northern part of the city, with its scores of budget style hotels attracting the back packer set, no longer glittered in the early morning sun. In a controversial project to reclaim land for high profile projects, the water is being replaced with sand and seen from above has deteriorated into a murky looking swamp.

Suddenly the runway was beneath us. We touched down and as we rolled to the gate flashes of pink streaked our window from lotus planted alongside the airstrip. Exiting the plane, a blast of hot air exploded through us, a punch in the stomach, rank with humidity. Anyone who has spent time in Southeast Asia remembers immediately upon reentry the air, infused with a heady mixture of pollution, mildew, and the aroma of spices, frying garlic, and stale cooking oil. Depending on your interests, the air can also be redolent with the wild and exotic promise of cheap beer, cheap women, and cheap drugs. But for the first time, that musty mildew odor was missing. Was this a sign that the city was being cleaned up, sanitized. Only time would tell. The airport had changed its name from Ponchentong to Phnom Penh International Airport, not sure what that meant, but I was sure there would be many others changes to contemplate.

Visas are still available upon arrival and with our papers in order, our photos attached, and a crisp twenty dollar bill clipped to the appropriate form, we breezed right through the visa process. Their ill fitting uniforms had not improved but there seemed to be more organization. With more immigration officers behind the desk than before, the process had improved. The man with the most decorations and metals took our money. Noticing the many previous Cambodia visas, he smiled and said, “Welcome back”. Yes, we had made the long waited returned, and Jean Paul, our best friend in Cambodia, was waiting outside. However, that ominous feeling, which by now had become a nuisance, still hung on.