Bangkok is a city with full of traditions. It has a lot of places that are beautifully strange and strangely beautiful. Bangkok is a crazy place where Buddhist culture and 21st-century technologies are in perfect alignment. Still it has some weird, crazy and spooky places which would make you stop, stare, scare and click. These places are not like landscapes of Chiang Mai or vistas of Hong Kong, but are unique and unbelievably amazing to everyone.

Here are the 10 unusual cool and best tourist places of Bangkok, that will make you stop and take a picture.

A unique site in Bangkok, at the Goddess Tubtim Shrine in Bangkok, you will find carved, stone and wooden phalluses (means penis) of all shape and size stand tall. People come here to seek solutions for their fertility issues. 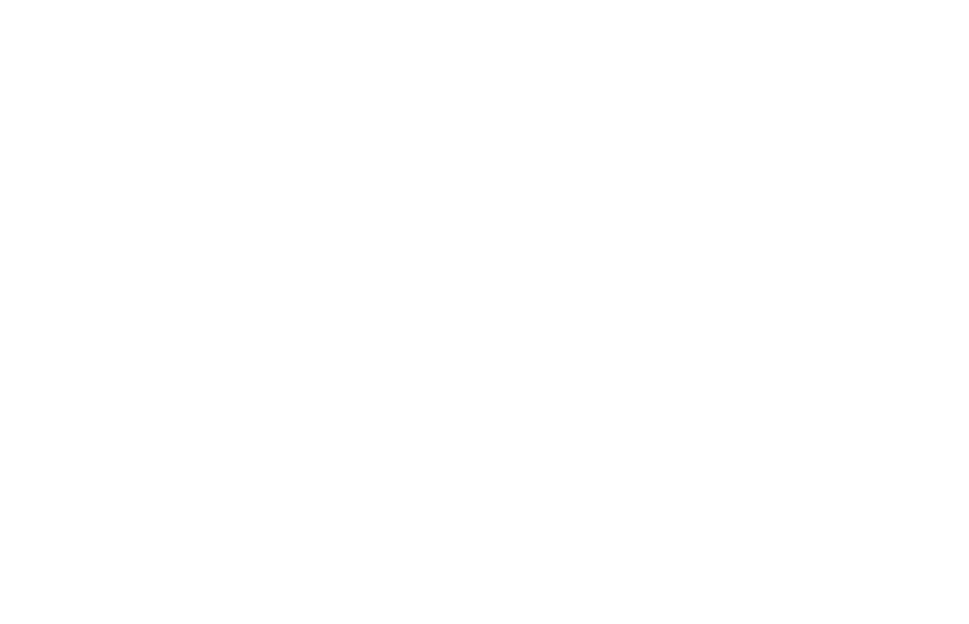 The Bangkok Phallic Shrine (also known as Tubtim or Tuptim Shrine) is uniquely decorated with hundreds of phalluses size from tiny wood carvings to 3-metre-tall stone sculptures adorned with ribbons. It honours Chao Mae Tubtim, a woman’s spirit of fertility. Women visit this shrine when they try to conceive, leaving a lotus and jasmine offering. And if rumours can be believed, the sanctuary has a good rate of success.

Women will return if their wish is fulfilled, and they will place another phallus in a shrine of thanksgiving. Little is known about the origins of the shrine that now resides on the grounds of Nai Lert Park (formerly the Swissotel Nai Lert Hotel) in the heart of Bangkok. This can only be remembered that a spirit house was built by the businessman, Nai Lert, for the spirit that was believed to have resided in a large Sai (Ficus) tree in a previous location.

A huge three-headed giant elephant statue, standing on a big pedestal is the site that will welcome us to Erawan Museum. This gain beast is 250 tons in weight, 29 meters high and 39 meters long. It is cast in pure green-hued copper. 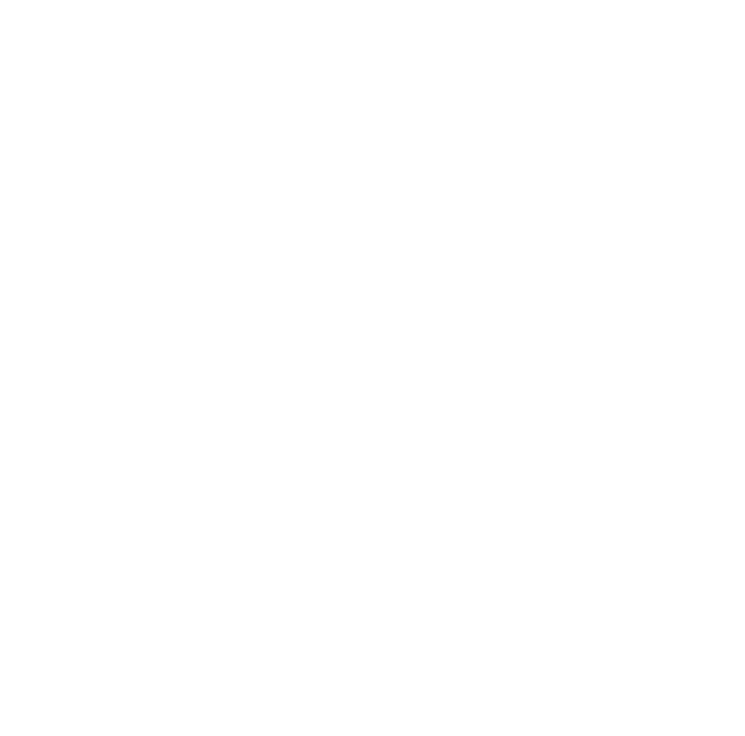 The Bangkok Erawan Museum is famous for its iconic GIANT 3 Elephant statue, almost 50 m wide with a weight of 150 tonnes. In addition, you really go indoors and get the museum, and after you step inside it it’s nothing short of incredible. Whenever you get into the elephant, two huge dragons wrap up in the inside, their bodies scattered around the two entrance stairs leading up to the stomach of the elephant. Every smallest detail has not even been painted
and sculptured, Ornate has not even come close.

Corpses of murdering cannibal, deformed babies in glass jars and scary photographs of an autopsy is on the display at this museum. The museum is not for faint – hearted people.

Your Bangkok Forensic Museum is also known as the Museum of Death in a true life environment. It is a highly recommended destination for Black holidaymakers – travelers who hunt for deadly and catastrophic areas.

The journalists David Farrier motivated many seekers of experience during his exploits in his documentary Netflix, which he “swamped into a Kazakhstan river formed by a nuclear explosion and stressed the West City hit by heavy radiation, as well as the woods of the woods.

Wat Pariwat temple got its name as David Beckham Temple because a large altar Garuda, the mythic winged creature was replaced by the statue of former England captain in red jersey of Manchester United. 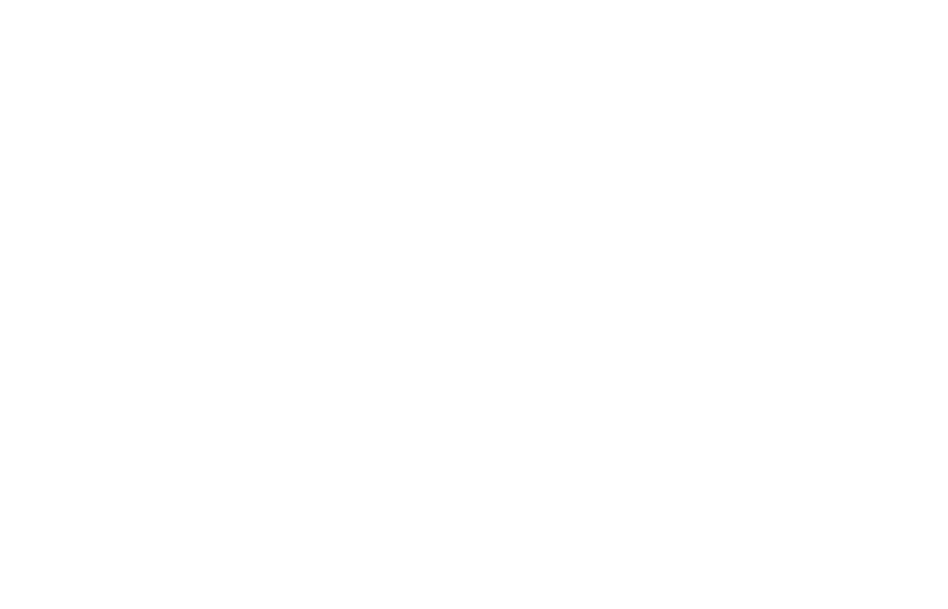 Bangkok is a magnificent mix of traditional and modern juxtapositions, and a lively heart of surprises. The sparse line of contrasts and contradictions does not escape even the most revered Buddhist temples. We bring you into the famous Temple of David Beckham.
The Temple of David Beckham and Thailand are without a doubt home to several unique and strange temples. “David Beckham Temple” is Wat Pariwat ‘s lovely nickname, located in Bangkok.

After the monk fan received acceptance by the head abbot in 1998, the small, 30 centimeter statuette of David Beckham has supposedly been inserted. The soccer star has a slightly new haircut than his legendary one, but he is definitely out of his group t-shirt.

David Beckham has only two former Thai Prime Ministries to share the honored base of the shrine.

This museum has 14 dissected human bodies brought from Japan. Display of these bodies is at the medical university of Chulalongkorn. So you can argue that this is more of an educational exhibit. 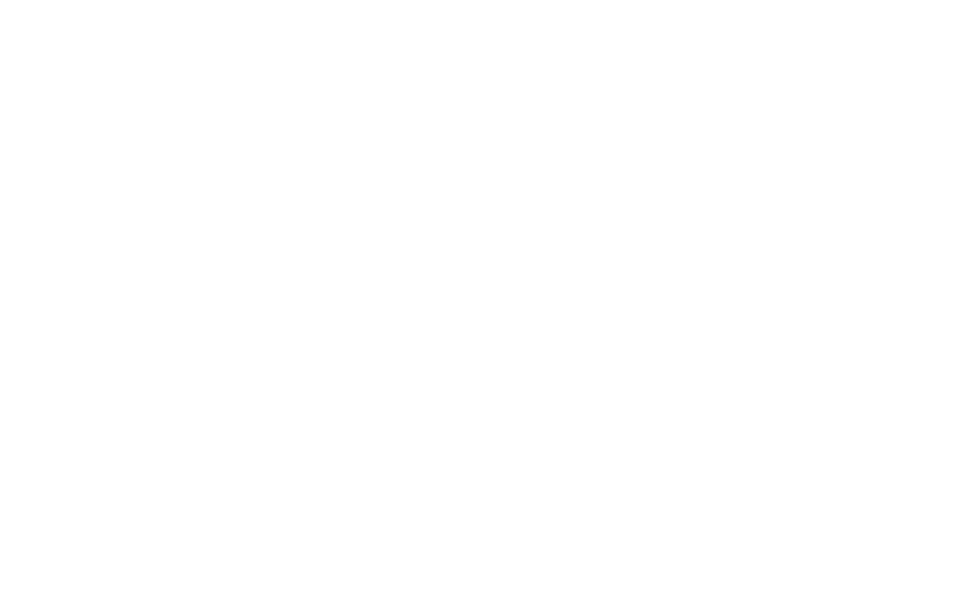 This isn’t a tourist attraction suited to everybody, thats for certain. If you don’t need to see actual dead people with all our skin and in various shapes and types than bypass this fascination. For many you morbid fans out there.
Initially you may feel that you’re lost. The museum is situated within a college and is a teaching place than it’s a tourist attraction. Then you are going to feel as if you’ve entered an incident of “Dexter” since yes — you will find real dead bodies . Here the people are skinned of skin and at times flesh.
The display is created from 14 dissected individuals from Japan. I really do believe that the folks given their bodies after death — I hope so! This place is upsetting, there’s absolutely not any way around that. However it’s actually fascinating to see. I heard a lot whilst here but I did obstruct out that these were real human bodies. Inside my head I made the decision be dolls. Dolls that show you exactly what is within your own body. The whole digestive system seems so long it is difficult to think it could all fit in the little cavity of the entire body. The corpses are broken open, cut or sliced, it is possible to even get the bodies weigh a true brain with your hand! They have fetuses in distinct phases. Sounds frightening?!

Yep, you heard it right. This is a landmark in Chatuchak district. Three buildings is in the shape of an elephant with a right edge having eye and tusk. 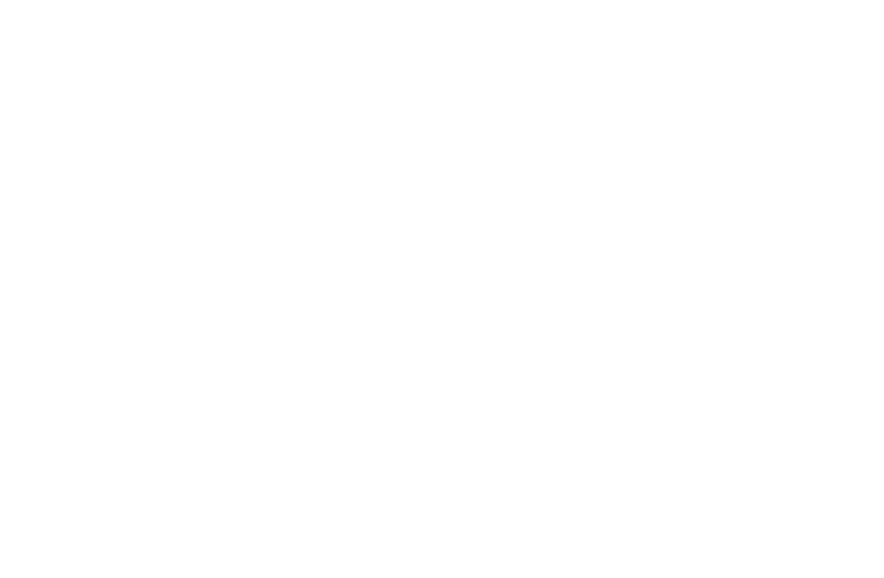 ELEPHANTS played for many centuries a key role in Thai society. When someone in Bangkok’s business district decided to build a high-rise in the form of an elephant, well, it seemed perfectly reasonable to do.

Bangkok has over 80 skyscrapers completed, a record that only a few more cities worldwide have surpassed. So it must be a little special for a high-rise building to be noticed. And little in Thailand, more than elephants, is regarded as special.

This is what Arun Chaisaree, the Mogul of engineering and immovables, and Ong-ard Satrabhandhu were thinking in deciding to team up on a new building in the District of Chatuchak, Thai Capital. Having already opened its very own Museum to exhibit its collection of more than 2,000 art objects in elephant form, Chaisarei, in particular has been versed in everything elephant.

The building of the elephant was completed in 1997 and it is also known as the Chang Building. It has three towers (A, B and C) joined by a horizontal range of housing suites across the top. The legs of the “elephant,” two of the towers, and the third one, the trunk. The towers have 32 floors and are 335 feet tall.

More information adds to the overall effect of the elephant. The cushions on either side of the trunk include the offices of the company managing the building. Its two giant circular windows are its eyes. Its ore is a multi-historical balcony and its tail that goes down the “back” of the building comprises twenty floors of enclosed glass chambers.

There has been mixed reaction, particularly internationally, to the Elephant building. It was soon added by CNN to its list of 25 world-class skyscrapers, claiming that “it was cutting edge at the time of completion, providing high tech offices, a shopping square, and a luxury residential suite floor.”

This temple has a giant dragon coiled around a tower that has 17 stories. This temple is known for its decorations and its collection of statues of animals including more dragons. 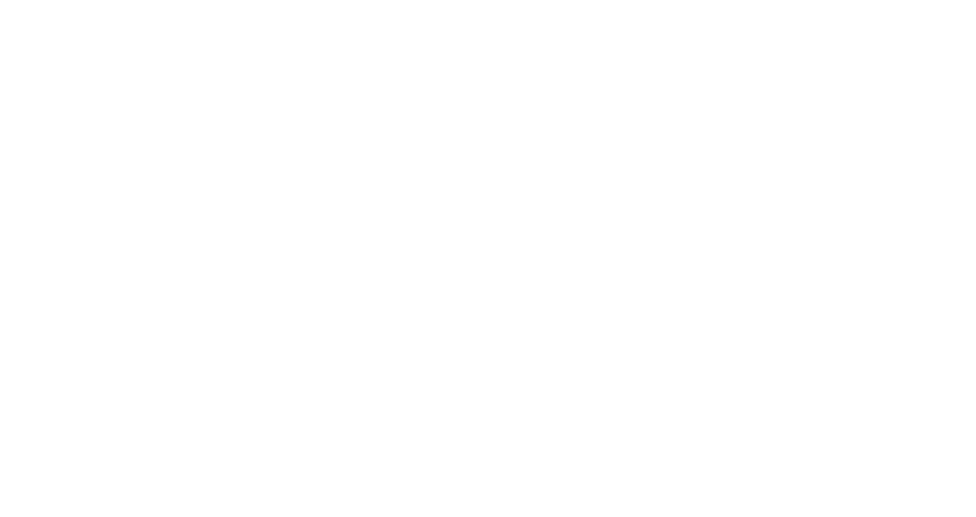 Thailand is the home of some of the most amazing temples in the world.  The impressive Wat Samphran temple, which stands on 17 floors at the heart of the Province of Nakhon Pathom, is located about 40 kilometres west of Bangkok.

The huge creature, with its colourful scales and claws that are visible from every angle is wrapped around a pink-cylindered building, properly called The Giant Dragon Temple. The head lies on the roof and protects the Buddhist temple and visitors. But the dragon actually serves a different and hidden purpose.

The beast is indeed hollow inside, and the guests can take a long and winding staircase up to the top of the building. Whilst the stairs go to the top, some sections of the stairs are not open to the public.

This museum in three buildings of maximum security prison built-in 1890. 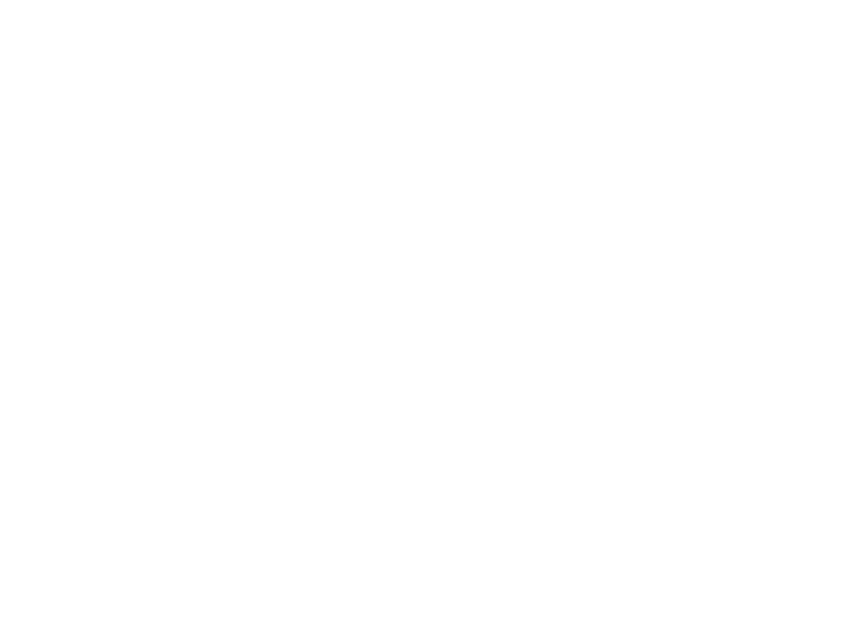 The Museum of Corrections is one of the most horrendous museums in Bangkok and attracts only a few tourists a day. You just need to find bizarre, strange and peculiar places.

Until 2003, executions had been carried out by shooting in Thailand ‘s prisons. The prisoner was bound to a cross, and between the prisoner and the executioner a plate with a target over the heart area was placed. Then the captive was shot.

Rather oddly, before they were executed, prisoners were allowed to hold lotus flowers. It seemed almost as if in a Buddhist temple they were praying. Chavoret Jaruboon was the last executioner in Thailand and he is still alive at the moment. In The Last Executioner you can read his memoirs.

The museum is located in the remaining three buildings of the former maximum security prison, constructed in 1890. The other buildings were demolished to build the Romaninat Park.

Robot building is located at South Sathorn Road. Architect says that the inspiration of the design came from his son’s toy robot. This robot has clear eyes and antennae. 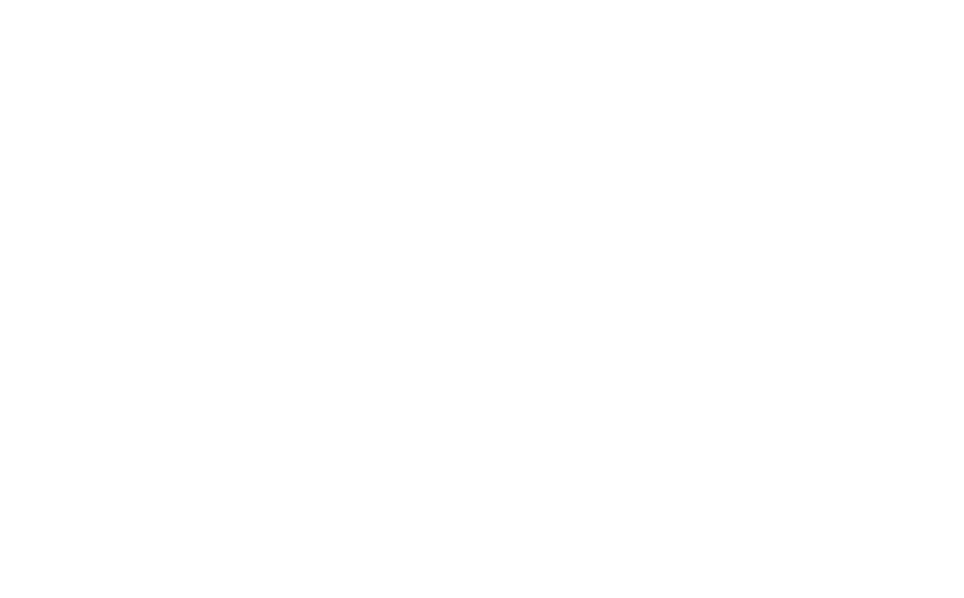 This is a 50-storey building. It was abandoned in 1997 due to the economic crisis. It resembles a lot about nearby skyscraper Sky Bar. It was supposed to be the most luxurious residence of the Bangkok and it end up like that. 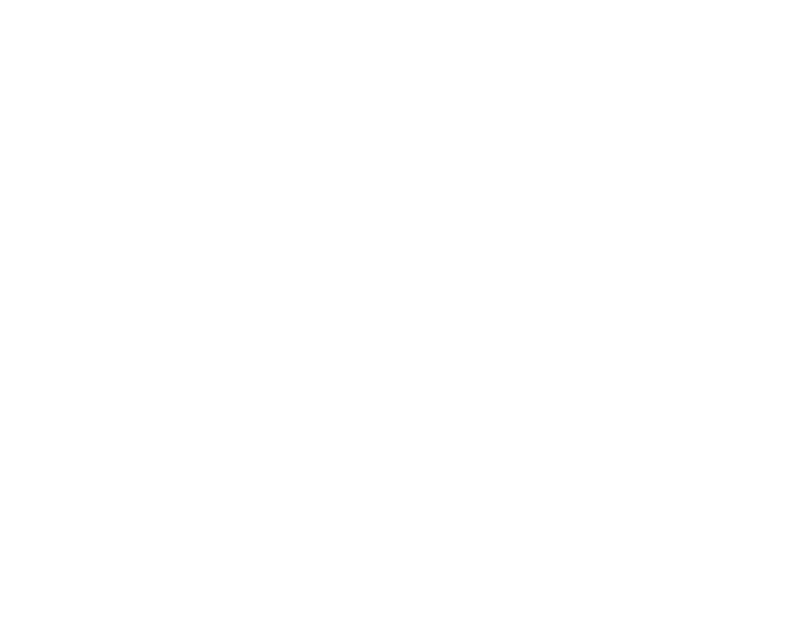 For more details and things to do in Bangkok and Best tourist places in Bangkok ,Thailand.