Budapest: Paris of the East 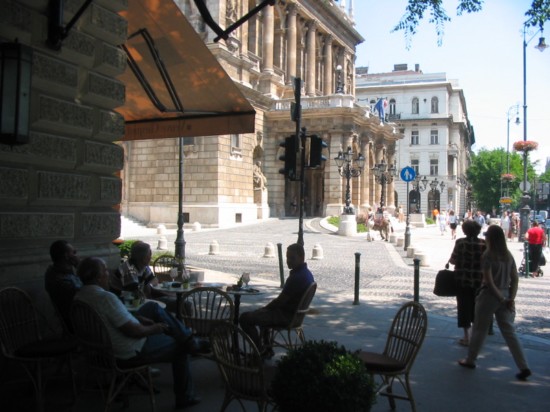 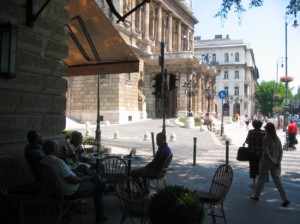 Footloose Travel offers a number of walking and cycling tours around Central Europe. Two of these, one cycling and one walking, depart from Budapest in Hungary. This picturesque city is known as the Paris of the East and with good reason. Rumors suggest the Eiffel Tower was once offered to Budapest as if suggesting the city would be the only other one in Europe worthy of hosting such a monument. In the end, the Eiffel company built the elegant glass structure of Nyugati Train Station in the city. If you are preparing to go on one of Footloose Travel’s walking and cycling tours departing from Budapest, this is a city well worth checking out before you go.

Formation of the City

While the area was first settled by the Celts and other European Iron Age tribes, the city first came into being during the Roman Empire. The Danube formed part of the eastern border of the Empire against Germanic-Celtic and Dacian tribes. To this effect, Aquincum, as Buda was

known then, formed a border fortress and trading point for the empire. Little remains of Roman Aquincum, but there were plenty of buildings and remains underground. The old Nazi fortress during WW2 was built on the site of the old Roman fort overlooking the Danube valley.

On the whole, like many European cities, Budapest is

a product of its history. This ranges from the Bulgarians who took over after the fall of the Roman Empire to the Avars and eventually the Magyars, who were incorrectly named Huns by Europeans – hence Hungary. Buildings within the city have been influenced by successive waves of rulers and peoples. This ranges from the early Hungarians, to periods of Italian influence (culturally not politically) as seen in the castle, Ottoman-Turkish invasion, Austrian overlordship and Soviet communism.

Budapest was once two cities. Buda is the direct descendent of Roman Aquincum. It occupies the rolling hills on the western bank of the Danube river, and is home to the city’s wealthier districts. It is home to some of Budapest’s star attractions such as Buda Castle, the Citadella, many of its spa baths, top hotels and beautiful parks. The castle contains two museums plus the National Széchenyi Library. Tucked away in the midst of the modern city you will find the ancient Roman amphitheatre and the Obuda synagogue. Between Buda and Pest is the Danube river, which hosts numerous river cruises and Margaret Island, which houses a large park and oriental garden.

The name Pest comes from a Slavic word meaning “furnace” or “oven.” Visitors might think it because of the hot summers, but apparently it was due to fires in some of the caves. Pest is the living, breathing and cultural heart of Budapest. Flat to Buda’s hills, the eastern half of the city contains one of the world’s largest parliament buildings and St. Stephen’s Basilica. It is also home to Hero’s Square and Andrassy Street, which is a UNESCO World Heritage Site. Sights worth seeing also include the Oktogon shopping square, the Museum of Fine Arts and the Kunsthalle. Near Heroes Square is the House of Terror, which is the old headquarters of the Soviet Secret Police (the AVH) and there is also Statue Park, which contains Vajdahunyad Castle. This castle is a bit of a folly and contains more architectural styles than any one building should combine. For lovers of graveyards for famous people, you should visit Kerepesi Cemetery near the Keleti train station. This contains the graves of past heroes from the wars and revolutions, plus eminent Hungarians such as Kossuth Laszlo and Deak Ferenc.

One set of attractions that help make Budapest one of the most visited cities in the world are the spas. Ever since Roman times, the spas have been a central point to Budapest. Top spas include the Rudas Baths near Gellert Hill and the Citadella, the Gellert Baths and Hotel, plus the Lukcs Baths. Some of these baths are of Turkish origins, while others like the Gellert Baths are more modern creations.

Budapest is home to the world’s second oldest subway system. Metro 1 or M1 is the yellow line and has been operational since 1896. On the whole, Budapest is a public transport nirvana, which includes three subway lines, a mythical fourth that seems like it will never be finished, a massive network of old and new tram lines (lines 4 and 6 being the most important for sightseeing) and interconnecting bus routes. Luckily for tourists bus, train and tram tickets are the same thing and a day, week or fortnight pass will cover all forms of transport within the city’s limit. In addition, Viking river cruises run frequently up and down the Danube itself.

Hungary might not be famed for its cuisine and it has a well deserved reputation for loving both meat (particularly pork and beef) and paprika. This is no surprise as Hungary is one of the top paprika producing regions in the world. Budapest features some of Europe’s grandest restaurants including the Alabardos, Arany Kaviar, Magyar Vendeglo and Matyas Pince. As well as these grand restaurant there are a wide range of eateries that mix Hungarian food with Greek and Turkish food. One burger place that must be tried is the Viking Burger restaurant at Moricz Zsigmond Square in Ujbuda near the Gellert Hotel. After eating out on a warm evening, why not join others by sitting on the lower reaches of Szabadsag Bridge and watch the river go by?

Use These Tips For The Perfect Vacation

How to save money on a Caribbean holiday