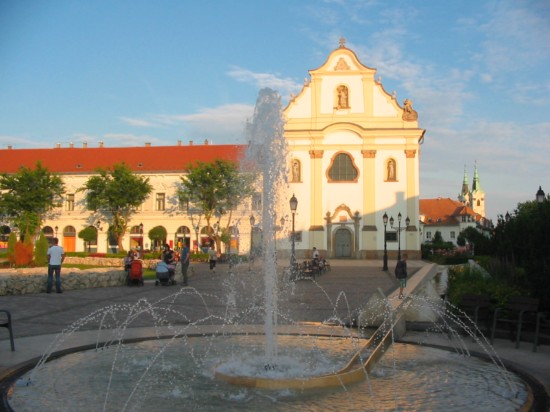 Cycling the Amber trail from Budapest to Krakow, a rewarding route that leads through Hungary, Slovakia, and Poland, does not necessarily require you start cycling from Budapest. While Budapest is indeed a worthwhile city to explore, which could also be done on a bicycle, it makes sense to consider establishing your 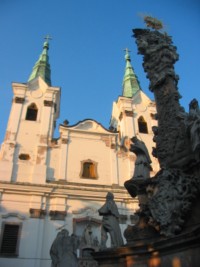 There are two possible towns, both very low key, very scenic being located right on the Danube river, that make for a very pleasant base from which to explore the surrounding countryside and sites along the Danube. These two small towns are Vac and Szentendre. Vac is on the left bank and Szentendre on the right bank of the Danube, and both are essentially the gateways to the so called Danube Bend, where the river winds between hills towards Ezstergom, your exit point from Hungary on the way to Slovakia.

Vac was founded in the 11th century, when the town became an episcopate, a period from which date some of its earliest churches, namely the Vac cathedral, though most of its Romanesque architectural features were destroyed during the Mongol conquest. The surrounding general vicinity around Vac has been settled for 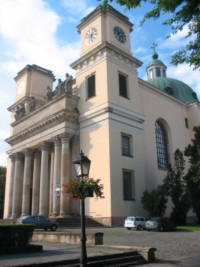 centuries before that on account of good natural conditions, abundant forests, fertile soil along the mighty river and its usefulness as a navigable trade route.

Vac has a fascinating history. Sacked by the Mongols in 1241, Vac began to prosper again in late Gothic and during Renaissance periods. But then Turks invaded Hungary and for over a century until 1686 Vac had suffered neglect and destruction. Vac reemerged by the second half of the 18th century and some of its finest architecture dates from the late Baroque period and the Neo-Classical era that followed.

During the 19th century period of industrialization, the building of the original railway line in Hungary in 1846 between Vac and Budapest provided significantly to Vac development. Unfortunately as a result of the turmoil by World War I, Word War II and subsequent annexation of Hungary into the Soviet block, Vac had to endure major setbacks and suffering. Since the fall of communism and return of Hungary to democracy in 1989 Vac has came forth as one of the region”s most desirable locations where to live and its return to newly found prosperity shows in its refurbished monuments and pleasant ambiance of street life. 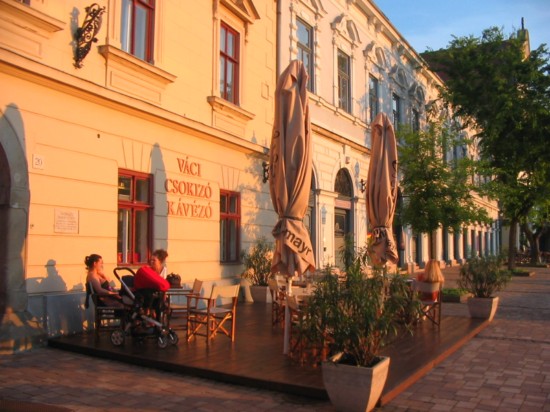 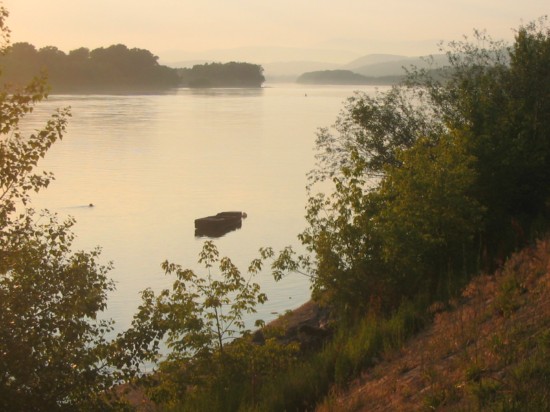