Returning to Cairo from the White Desert, a Nile dinner cruise complete with the obligatory belly dancing show was next on the schedule. Without much deliberation, we decided not to attend, once again avoiding tour bus hordes and set tourist meals. However, noticing our cultural quotient was running on empty, we decided to attend a Whirling Dervish performance. 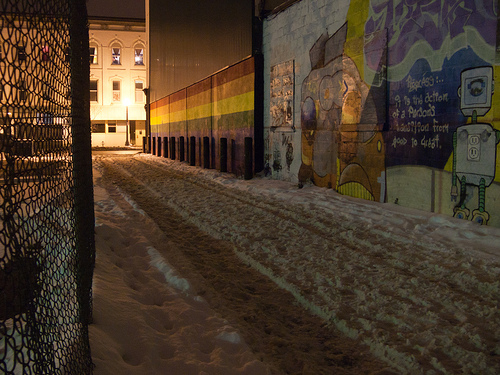 The Dervishes are a mystical sect of Sufi Islam and as in any mystical sect, the practitioners strive to achieve a direct union with God. Their method is dance and through spinning and whirling, similar to a top, they induce a trance that allows them to experience God. The musicians’ hypnotic beat also helps the transition. The performances are held at the Al-Ghouri Complex. Al-Ghouri was one of the last Mamluk sultans and this building was part 16th palace, mausoleum, mosque, and madrassa (Islamic school). The seating is limited and the performances are very popular, maybe because they are exotic or maybe because they are free. Following one of our top rules of travel, confirm and reconfirm, I checked with several sources as to what time we should arrive and the consensus opinion suggested 7:30 was early enough. When we arrived at 7:00, thinking we were early, we were greeted by a long line of Western people waiting in front of a large closed door. A young Egyptian man saw our dilemma. In perfect English, he told us his name was Ahmed, he was a musician but not playing that evening, and he was very sorry but the theater was already filled and these people were just waiting in case there would be extra seats. Even though we had arrived early, we had no reason to doubt his information. Giving up on the performance, and since he had been so “helpful”, I asked him to suggest a restaurant in the neighborhood where we could eat dinner. He suggested a small local, but very famous, Egyptian pancake house and volunteered to take us there. We followed him as he turned down a small alley and navigated his way through a maze of narrow streets. When we reached the restaurant, a small storefront with four tables, and a well used wood-fired oven, we accepted his offer to accompany us to help us order. We were cordially welcomed by the owner, who also seemed to know Ahmed, and noticed the walls were covered with photos of him surrounded by celebrities certainly unknown to us.

An Egyptian pancake is actually a pizza made from very flakey dough. Donald chose a four cheese pizza and I ordered the vegetarian. He declined our offer for a pizza but accepted the Sprite. The pizzas were small but delicious. The cheeses were creamy and the vegetables had been roasted before becoming a topping. Replying to our question, he told us he was 28 years old, married with two children. He told us his marriage was not a “love marriage” but had been arranged through a match maker. Even though we had been informed this tradition no longer existed, we again did not doubt his story. His father manufactured shoes. Not wanting to continue in the family business, he was studying to become an international lawyer. In subdued tones, he told us his life was hard, he earned very little money as a drummer, everything was very expensive, his wife would not take care of the children, he needed money for books, and his lifelong dream was to study in the U.S. Anyone traveling in third world countries has heard a similar lament. But Ahmed told his story well and seemed so earnest that we began to develop sympathy for his plight, especially knowing the economic situation in Egypt was dire and young people had very little opportunity for advancement. He seemed content to sit and talk and when I asked him if he needed to go home to study, he told us he had plenty of time. Funny, earlier he complained about the lack of time.

During our conversation, I mentioned Naquib Mahfouz, Egypt’s most famous author, winner of the 1988 Noble Prize for Literature and probably the most famous author in the Middle East. I had read several of his books in preparation for the trip to Egypt. Mahfouz’s stories deal with ordinary people and many are set in the alleyways. I knew he had lived in the Gamaliya area, on the other side of Cairo, a place our guide had failed to take us. Ahmed told us Mahfouz once lived in a house in a nearby alley and, of course, he would be happy to take us. Disappointed that we had not been able to see the Dervish show, but promised the possibility of a little adventure, we agreed to follow him. When he settled the bill and told us we owned $24.00, two pizzas, three canned drinks in a broken down restaurant, embedded in an alley with sawdust on the floor, we hesitated at the high price, but paid the bill without question and readily out the door in search of Mahfouz. Ahmed would be our guide for the next two hours.

THE NIGHT IN THE ALLEY

While crawling through Cairo’s behemoth traffic jams, inflamed by the scarcity of traffic lights, traffic police, or cooperative drivers, we had many opportunities to observe the large Soviet style apartment blocks, best defined by crumbling facades and peeling paint, lining the main roads. While home to many people, the majority of Cariene life goes on in the labyrinth of alleyways hidden behind them.

We started to walk down the alleyway across from the restaurant and immediately felt we had passed through a time warp. Medieval Cairo must have looked similar. Ancient stone buildings, two and three stories with plain facades, opened right on to streets so narrow that slanted rays of sunlight must struggle to slip through and two cars would find it almost impossible to pass each other. There are elegant buildings with ornamentation and large balconies projecting over the street, carriers of memories, invoking a rich former life but now on crumbling legs.

In the past, these neighborhoods were self-contained, immutable universes. Families lived in the same apartment for generations. Their business was in the alley and the family usually lived over their store, which the son was expected to take over from the father. Privacy was at a minimum; they knew about each other’s lives and memories of peccadilloes eternal. People prayed in small neighborhood mosques, proudly proclaiming the ninety-nine names of God, and the local saintly men were sought out for their advice. The streets belonged to the men, the rooftops were reserved for the women, and from there boys flew kites and tended their pigeons. Today, the young people may be more mobile, but life is lived on in the traditional way.

Similar to the rest of Cairo, this area also suffers from a lack of rubbish bins. Even though hidden at night by murky shadows, it piles up in the usual places: corners, dead ends, and vacant lots. The narrow streets we walked on, more like paths, are made out of clay, over the years beaten into submission, as tough as a metaled road except where pools of water had settled turning the clay into mud. A grid plan with right angles had never been contemplated and the streets twisted and turned worthy of an Arabesque design.

Yes, there was charm, but everything was coated in a layer of grime that must have taken years to accumulate. Blame can be placed on the seasonal Khamseen, the hot winds that blow off the desert, rattling windows and covering Cairo with a sandy dust so fine that it cannot be swept away. Creeping into the slightest opening, it clings on for generations. Blame can be proportioned to the Egyptian apparent disinterest in maintenance and according to our guide, it is below an Egyptian’s dignity to sweep. Tinseled garlands, similar to that which we would use for Christmas, hung over the alleyways. Placed there during the recent month of Ramadan, like the rest of the buildings, it too appeared tattered and furlong. Even though dirty and dilapidated, these kinds of neighborhoods are a witness to the past and a place where traditional courtesies linger on and the ticking clock does not rule time.