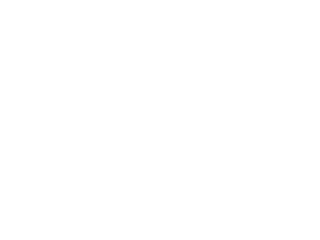 Anlong Veng, either a large village or a small town, is located on National Highway 67, seventy-five miles north of Siem Reap in Oddar Meanchey Province, close to the Thai border crossing at Choam. On December 25, 1978, after sustaining two years of Khmer Rouge border clashes, Vietnam invaded Cambodia. After only two weeks of fighting, they defeated the Khmer Rouge, thereby ending three years, eight months, and twenty days of one of the most brutal regimes in history. In the face of the advancing Vietnamese army, Pol Pot, Brother #1, the leader of the Khmer Rouge and Ta Mok, Brother #5, his main general, fled to Anglong Veng. Other important KR leaders and their army of 3,000 to 6,000 soldiers also fled there. Another faction, under the leadership of Ieng Sary, escaped to the west, establishing a base in Pailin where they developed a lucrative trade with Thai Generals in gems and timber.

At this time, we were still fighting the Cold War and responding to the Vietnam War, which ended in 1975 with the Vietnamese Communists taking over the entire country. Along with the Thai Army, we supported the KR, now in coalition with King Sihanouk, in their fight against the Vietnamese supported Hun Sen government. The United States viewed this unholy alliance as a way to stop any Vietnamese advance into Thailand. In addition, we supported the Khmer Rouge as representatives of the Cambodia government in the United Nations.
Pailin was the financial center of the KR and Anlong Veng was the political and operational center. From 1979 to 1998, Anlong Veng was on the front lines of the civil war as the government in Phnom Penh attempted to wipe out and neutralize the remaining elements of the KR. From their base in Anlong Veng, the KR could hide in the nearby Dangkrek Mountains or seek sanctuary on the Thai side of the border. Anlong Veng became the last KR strong hold, falling to government forces in April 1998.

In l998, as soon as the KR were defeated, Hun Sen ordered a road to be built between Siem Reap and Anlong Veng, designating it National Highway 67. The rainy season and faulty construction has resulted in the road being rebuilt several times, but finally, with the help of Thai money, the road today is properly paved from Siem Reap to the Thai border crossing at Choam. The five to ten hour dirt bike trip is now reduced to less than two hours. More significantly, as per a recent article in the New York Times, this sealed road is part of Hun Sen’s grand plan to link all of Cambodia with roads. For the Thais, this road is an important trade route for bringing Thai products into Cambodia. For Hun Sen, this road is necessary for moving his army up to the always tense Cambodia-Thai border. For Donald, Eddie, and I, NH67 made it an easy drive from Siem Reap to Anlong Veng and we came in search of history.

IN SEARCH OF HISTORY

Eddie picked Donald and me up at 9:00 and each of us brought along that which we do best. Eddie had his camera and Donald had his medical bag and his maps. He had down loaded Google Earth and had sites pin pointed and the GPS coordinates listed. I had the tour book and my notebook. Rare Earth was belting out “I just want to Celebrate Another Day of Living”, Vietnam War era music, which certainly seemed appropriate for a day of exploring the recent past.

Traveling out of Siem Reap, we passed the construction site for the new Apsara building and the parking lot that will hold the tour buses. Apsara is in charge of the temple sites and the source of our problems with flying the ultralight. When completed, tourists will be moved around the temples in a more organized manner. We passed the small ticket booth for the park and instead of stopping, Donald and Eddie just waved at the officials. After eight years, they realize they are going to the village of Pom Prei and not to the temples. At this time of year, the rice has already been harvested and cows and water buffalos were wandering through the desiccated fields, enjoying the rice straw. The paddies, emerald green just a few months before, are now golden brown and the source of the present dust. The usual sacks of homemade charcoal were lined up alongside the road, a source of income, and bumbling cauldrons were making palm sugar, another source of income. Tour buses were parked in front of roadside stands selling souvenirs. There are many stands, but only those that pay off the tour guides do business. Just before our village, Eddie pointed out where the trike fell off the trailer. I thought it would be appropriate to erect a small shrine but no one else agreed. We passed our village and the police chief’s house and decided to stop on our way back.

Before the temple of Bantrey Srei, we took the right fork in the road, ahead lay a long, straight stretch of NH67 with scattered villages of stilted house lining the road. Soon, we seem to be embraced by the two arms of the Kulen Mountains, where stones were quarried to build the temples of Angkor. Passing through the cut in the mountains, we came to the village of Srei Noi, translated into “Little Women”. Our first landmark, the onetime boundary between KR held territory to the north and government controlled land to the south. Power poles follow the highway but electricity is too expensive for the people to use. Instead, the TV antennas we saw perched atop bamboo poles are powered by car batteries.

The flat land of Cambodia’s northern plain recedes from the road. Over time, this once densely forested area has been thinned out. Evidences of second growth forest remain but today, the flat terrain is mostly scruffy grasslands with occasional spindly trees. Most of the large trees have already been cut down. There is very little traffic on this road, but Eddie is every watchful for the cows and dogs that wander across the road and for the Cambodian motorbike drivers whose habit is to pull onto the road without looking.

In the past, Donald and Eddie have both flown over this area. Donald flew several times for the Halo Trust, the British land mine removal organization, and Eddie, for a local T.V. station and other organizations. We noticed narrow dirt roads turning off the highway, disappearing into the distance. Eddie told us it is only from above that you realize many of these roads lead to illegal logging camps, usually controlled by higher ups in the army. Formerly, the illegal loggers were brazen enough to leave felled trees in plain sight alongside the road and after they were cut up, the wood would be hauled away in open trucks. The protests against illegal logging have forced the process to become discrete. Seen from the air, the sawmills are located away from the road and often the trees are processed where they were cut down. Instead of truckloads, the trees are cut into boards and taken out a few at a time by bicycle or by slow moving ox cart. Often we saw men pedaling down the road with two or three boards slashed to their bicycles. Many of these dirt roads lead to mango and cashew plantations, set far from the main road and seen only from above. Along with Vietnam, Cambodia is one of the leading cashew exporters.

In many places, the fields had been set on fire sending plumes of dark smoke into the air. The Cambodia farmer engages in slash and burn techniques, a process for clearing land for cultivation as ancient as Neolithic times. Many new villages lined the road and new provincial headquarters have been set up. The stilted houses were substantial and built out of similar material, giving us the idea that these people had been resettled there for a reason. One of the problems facing Cambodia today is farmers are being forced off their land by wealthy businessmen greedy for development sites. This land grabbing results in the need to resettle people but we wondered how they would sustain themselves as working on the plantations or cultivating the newly cleared land or working in the occasional brick factory seemed the only apparent options. The other idea is that Hun Sen is very interested in populating the border areas as a bulwark against Thailand. Cambodia, with fourteen million people, faces a Thailand with sixty-five million.

During the almost twenty years of fighting between the government forces and the Khmer Rouge, the road to Anlong Veng had been destroyed, leaving this area isolated from the rest of Cambodia. The strife and misery of the Khmer Rouge days is over and when we entered this once frontier town, where gun battles were common, it had the atmosphere of a sleepy provincial village. The wide main street, the only paved road, was empty of people, as if everyday live was taking place somewhere else. Some of the buildings appeared so empty that only the laundry strung across the top floor gave any evidence of occupants. There was no need for traffic lights or stop signs. Even though this road is paved, a film of red dust from the previous laterite road still clung to all available surfaces, waiting for a heavy deluge of rain to wash it away.

The KR were Communists and abolished all aspect of capitalism, including markets and currency. Today, especially due to its proximity to the Thai border, Anlong Veng is making a comeback as a market town. A jumble of shops line the one main street, narrow concrete structures with tattered awnings and hand painted signs. Lesser shops, wooden buildings and thatched stalls, populate the outskirts of town. Guns for sale are no longer stacked up in the market but there appeared to be a wide variety of merchandise from which to choose. There was a modern gas station, but still plenty of places where gas is still sold out of 55 gallon drums or Johnny Walker Scotch bottles.

The people in Anlong Veng are divided by age, those who are old enough to remember and those who are too young. They are also divided between those who were part of the KR terror and those who moved into the area after. We stopped at a small shop to buy sodas and more water. Nearby, the men, perched on their motos, the local taxis looking for a fare, did not return our smiles. Those old enough could have been educated in the Khmer Rouge schools, where the formal education structure had been abolished, replaced with propaganda sessions preparing the children to become effective soldiers by age fourteen. Instead of emphasis on reading, writing, and arithmetic, they were trained to be competent in setting bamboo traps, laying mines, and being aggressive against their enemies. Even the small children, so prone to waving and laughter, remained a solemn group. An old woman sold us the sodas. Her face, craggy from the passage of time held blank eyes registering no emotion. If she lived through those times, she experienced too many moments of darkness and her mind has no more room for disasters. We drove around the Dove of Peace monument, a gift from Hun Sen, set in the middle of a roundabout and as we left the town, we felt we had driven through a melancholy place, with people weary in spirit and wondering if the promised prosperity will every arrive.

THE SEARCH FOR TA MOK, THE BUTCHER….. TO BE CONTINUED

1 thought on “Travels in Cambodia 2010: Road Trip to Anlong Veng”