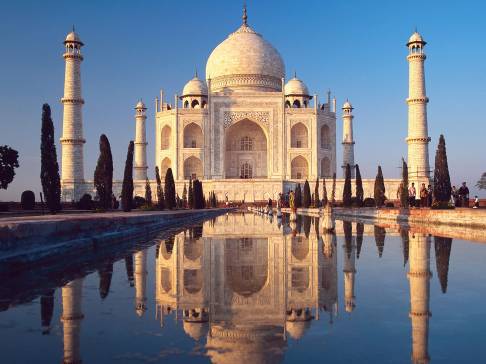 Many first time vistors to India crave to visit the legedary Taj Mahal and do so often as only a daytrip from New Delhi, ariving there at midday when sun is high and the grandeur of this remarkable site is diminished. It’s a shame as Taj must been seen at least twice, once in the late afternoon when shadows are long and next at sunrise. 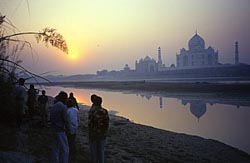 A world heritage site, UNESCO described Taj Mahal as “the jewel of Muslim art in India”. Often considered the pinnacle of Mughal art, the Taj was built by Emperor Shah Jahan for his beloved wife Mumtaz Mahal. There are few words that can describe the spleandor of this monument, hence viewing it at the ideal times of the day are an absolute must to soak in its full magnificance .

After early morning visit of Taj Mahal it’s best not to return to Delhi but continue to Fatehpur Sikri. Only one hour driving time away from Agra, Fatehpur Sikri was

the 16th century capital of the Mughal rulers and the great Mughul Emperor Akbar had intended it to be the grandest capital city of the the world. Built entirely of red sandstone he came close to succeeding and Fatehpur Sikri served as his capital for 15 years until it was abandoned after his death in 1585 due to water scarcity in the area.

Undisputedly the magic of Rajasthan accounts for some of the most memorable impressions of India and Taj Mahal and Fatehpur Sikri are but gateways to what lies ahead. From Fatehpur Sikri one can proceed to Bharatpur, only one hour further down the road, and beyond will lure such sites as Ramathra Fort, Ranthambore National Park, Bundi, Pushkar, Jaipur, Jodhpur, Bhainsrorgarh, Udaipur and much more.