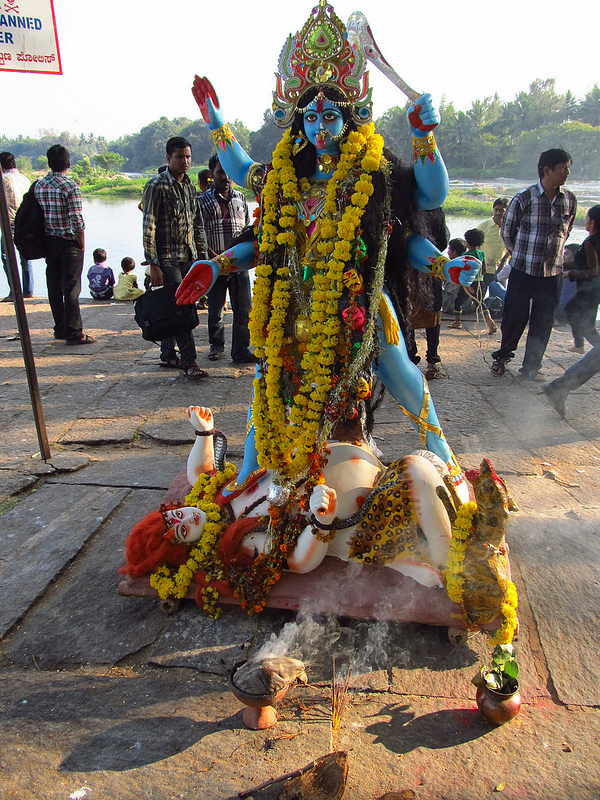 Only a few kilometers north of Mysore, Karnataka, Srirangapatna was where Tipu Sultan had his summer palace. It lies on a large island in one of South India’s most prominent rivers, the Kaveri (aka Cauvery River in English). Just before the eastern tip of the island its northern tributary, Lokapavani, joins in. But the actual confluence is formed by two arms of the Kaveri River alone. In India river confluences carry on an exceptional significance. Perhaps the most famous one is the Triveni Sangam, the confluence of the holy rivers of Ganges and Yamuna and the mythical Saraswati. Hindus gather at these sites to make offerings, pray and dip in the holy waters to wash away sins. In the late afternoon at the Sangam on Kaveri River at Srirangapatna, when the sun is low and shadows long, the colors of the small shrine smothered in offerings are most vibrant. At this hour priests are busy performing pujas for those that came to worship, to be cleansed of wrongdoings, to be blessed.