With the smell of curry in the air and the sound of samosas frying, my thoughts have returned to India. 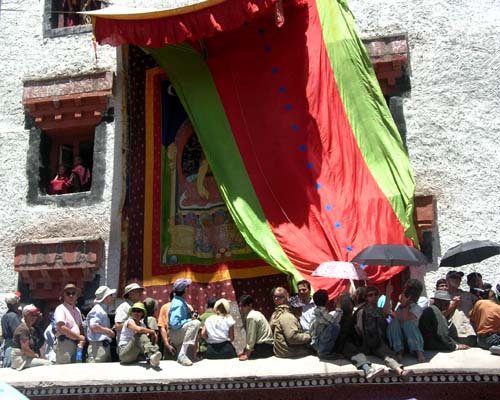 In early June 2007, I traveled in Ladakh, a mountainous state in northwest India. Even though India is primarily a Hindu country and the last remnants of Buddhism were sent packing by the Mughal (Muslim) invasion in the 16th, this area has maintained its Buddhist culture and the dominant religion is Tibetan Buddhism. In 1992 I had traveled in Tibet and years later I was still interested in returning to a place where the matters of the heart and spirit dominated that of the intellect. Along with visiting their fabled monasteries, I also wanted to go trekking. After spending over thirteen years working out in a gym, I was in a hurry to find out, before it was too late, what kind of shape I was really in. Because the travel agent I had been using specialized in 5 star hotels and posh travel, I roamed through the internet to find a company which specialized in adventure travel. This is when I discovered Tomas at Footloose Travel Guides. Unlike several other companies, he responded promptly to my initial request. Immediately, his knowledge, his professionalism, and his dedication to his clients became evident and this forged the basis of what has become over the past few years an excellent working relationship.

I turned the entire trip over to Tomas. He planned a two week program which included touring with car, driver, and guide to coincide with the religious festiva

l held once a year in the monastery at Hemis. He also planned a four day trek. Because I knew I would be walking slowly, I did not want to join a group. He organized the trekking for one person that included a guide, donkeys to carry the supplies, plus someone to manage the donkeys. Everything would be provided and all I had to do was show up with a sleeping bag, a daypack, which at the time seemed simple, and whatever personal items I would require.

I kept wondering how to define a trek as opposed to a walk or a hike. I decided a walk was something you took around your neighborhood or to the mailbox and a hike was a longer walk, which usually included a mountain, but allowed you to return home the same day. Therefore, a trek had to be a hike that just continued and continued. In order to prepare, I supplemented afternoons in the gym with mornings in a spinning class and I practiced walking in my new hiking shoes. I hoped to survive the four days and was comforted by the promise that if I could not make it, all I had to do was phone and they would come pick me up. This left me wondering where I would find the phone, but all that came later.

Due to logic, which only makes sense to the airlines, it was cheaper to fly west on a round the world ticket than to fly east. According to my logic, it would be a wasted opportunity to fly so far without stopping somewhere along the way. With visions of kaiskei dinners, gardens, tea ceremonies, and the Ginza, I spent quality time in Tokyo and Kyoto before arriving in Delhi, the logical jumping off city for Ladakh. 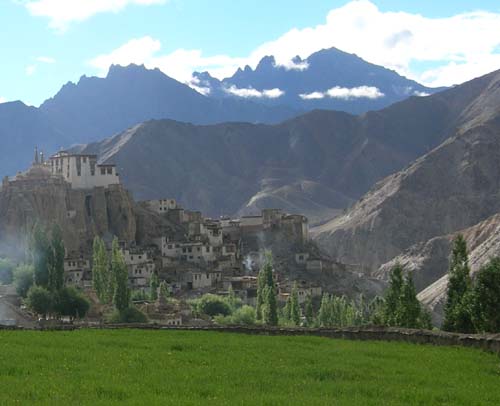