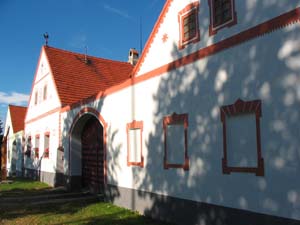 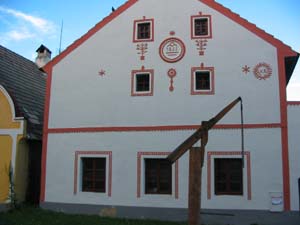 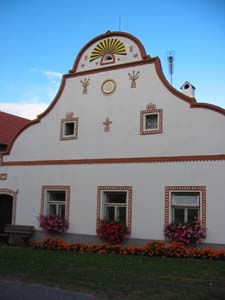 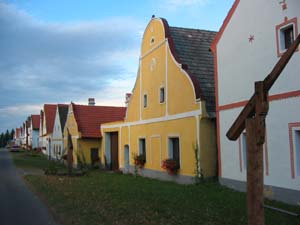 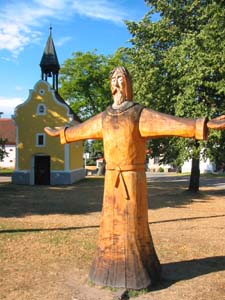 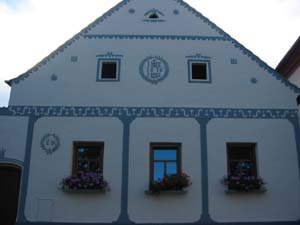 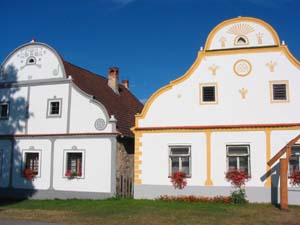 Some ten miles west of Ceske Budejovice in southern Bohemia, Czech Republic, lies a small village of Holasovice. The village is a well-preserved collection of village dwellings built in the middle of 19th century and offers a perfect day trip from Prague. 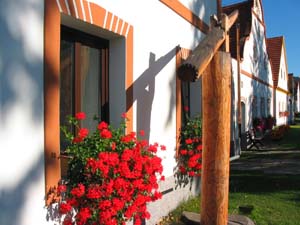 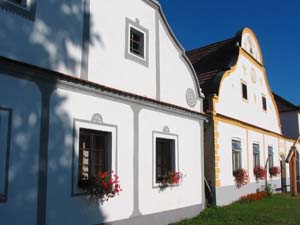 ic stucco decorations on the gables built in style of folk baroque, inscribed with dates from 1840 to 1880, some with a touch of rococo and classicist features, the dwellings are grouped around a village pond, preserving a ground plan dating from the Middle Ages. This vernacular style of peasant architecture is known as the South Bohemian Folk Baroque. For its unique character and compliance with preservation regulations Holasovice village was added to the list of UNESCO World Cultural and Natural Heritage sites in 1998. 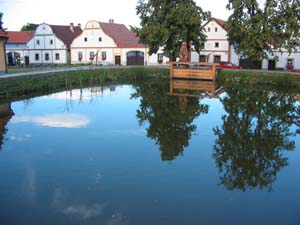 In all there are 22 buildings that surround the fish pond and the village square, with a small chapel on online casinos one end. The main entry doorway of each house leads into a large interior courtyard. The houses are large, typically with a number of rooms in the front part of the house and farm animal and implement barns adjacent.
Although similar architecture is found throughout South Bohemia, where many farm houses have been turned into vacation homes, at times disrupting the original vernacular style by addition of contemporary design features, Holasovice as village and the property owners abide by strict rules and maintenance guidelines to retain the cultural continuity of the vernacular elements of the village folk baroque period.

Holasovice is also a wonderful stop to inlcude in your Czech Republic bicycle trip, namely Vienna to Prague and Salzburg to Prague, or it can be combined with a trip to Cesky Krumlov, another Czech Republic UNESCO World Heritage site, on the tour of best Bohemian and Moravian greenways.