This is one of the most rewarding  Argentina and Chile tours as it packs in the best of Patagonia, the stunning Lakes District of the Andes, hiking in the legendary Torres del Paine and the taste of the South America’s most European capitals, Buenos Aires and Santiago. 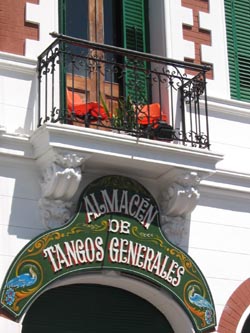 Buenos Aires
One of the largest cities in the world, Buenos Aires is also the capital of the tango and football, the gaucho and the asados. In order to catch the spirit of Buenos Aires, walk along the streets in downtown to see its elegant shop windows, take a coffee in a sidewalk café, and visit the residential neighborhoods, where the old buildings alternate with the most modern constructions. This is a city with plenty to offer for all the tastes and tourist needs.

Bariloche
Deep blue lakes, towering mountains, glaciers, climbing, boating, exploring, dining and just full relaxing in Bariloche, the urban center of the Argentine Lake District, make this an incomparable vacation destination – The scenery alone leaves most people breathless!.
Bariloche, the most breathtaking natural environment Argentina has to offer, it resembles European Alpine Resorts and is the base for exploring Nahuel Huapi National Park since it’s located in the southern coast of Nahuel Huapi Lake, only a 2-hour flight from Buenos Aires.
The Switzerland of South America, Bariloche, as it is called, offers a singular variety of hotels and first class tourist facilities. The typical constructions of stone and wood are interwoven with the most modern architecture, thus giving the city a very special touch. Moreover, the surrounding Lake District, where the provinces of Neuquen and Rio Negro kiss the Chilean Border, straddles three distinct climate zones and flaunts four full seasons of outdoor fun expeditions.

Lake Crossing
Lake Crossing begins in Bariloche on Nahuel Huapi Lake and continues to Puerto Blest, Puerto Alegre, and Puerto Frias before arriving in Peulla for overnight.
The next day, continue through Todos Los Santos Lake to Petrohue and along Llanquihue Lake to Puerto Varas with great views along the way of these fabulous lakes and various volcanos including Osorno, Cabulco, Tronador, and Catedral.

Puerto Varas – Puerto Montt
The rivers and volcanoes in the south of Chile form a scenario of wide valleys, with a steep drop toward the Pacific Ocean, and environment surrounded by large lakes, also the region is characterized by cities that show signs of a large European immigration, especially German, like Puerto Varas and Puerto Montt, which have incorporated features of this culture into their architecture and gastronomy.
This is the point of departure or arrival for the Lake Crossing, renowned as one of the most beautiful trips in the area, where tourists gather at the Terminal to board the buses that will take them to Petrohue, starting this lovely journey sailing through emerald lakes and winding roads across the Andes mountain range.
Located on the shore of Lake Llanquihue, in the Lake Region. Puerto Varas, a nineteenth century port, is considered as one of the most beautiful places in Chile, it is also called the City of Roses. In Puerto Varas there are several streets worth walking through, because they have buildings showing German influence in its architecture, characterized by highly slanted roofs of alpine style and flower covered gardens.
In a straight line 12 miles south from Puerto Varas, you reach Puerto Montt, with a beautiful view to Osorno and Calbuco volcanoes. Puerto Montt presents a middle-European façade, very Nordic and with structures in the Alpine style – high-pitched roofs and quaint balconies.

Torres del Paine
Torres del Paine National Park, declared Reserve of the Biosphere by Unesco in 1978, is the most important and internationally renowned highlight of the Chilean Patagonia. In this beautiful, unspoiled and remote place of 181,000 hectares, the granite torres (towers) and cuernos (horns) have given world-wide fame to the Park. It also offers seclusion and adventure with spectacular scenery of mountain range, lakes, rivers and the pampa, which is home to the graceful guanaco (a relative of the llama) and the speedy ñandu (a variety of ostrich), while high above circles the ubiquitous condor. The best season to visit the park is from October to April, which is Spring and Summer in the southern hemisphere. This season has more sunny days with less rain.

Punta Arenas – Straits of Magellan
Today, Punta Arenas reflects a great mix of cultures, from English sheep ranchers to Portuguese sailors, and it remains an utterly fascinating testament to the Chile’s rich history. It is found on the western edge of the Straits of Magellan, which join the Atlantic and Pacific Oceans, offering great views over the colorful roofs of the city of Tierra del Fuego. It’s privileged location has made of this port the gateway to initiate an amazing experience in Torres del Paine National Park, or a beatiful cruise towards Cabo de Hornos or the Antarctica.

Santiago de Chile
Santiago is an architectural collage of old Spanish colonial charm, European elegance, and North American suburbia, populated with five million amiable Chileans. However, the city lacks the Indian markets prevalent in other Andean countries. In the city’s center there are pedestrian malls with cobblestone walkways lined with shopping galleries, fountains, cafes, movie theaters, ice cream shops, and banks. There is an intense activity in the arts and also an exciting nightlife.