By the time we started walking, the hustle bustle of the day had retreated, replaced by people settling into their evening rituals, lived out on the street as well as behind closed doors. In the dim light we noticed mounds of black fabric piled up in front of doorways that only under closer scrutiny revealed the gnarled faces of old women whose opaque eyes were only capable of penetrating the past. Sitting on the ground, talking with each other, they were the collective memory, the guardians of probity. 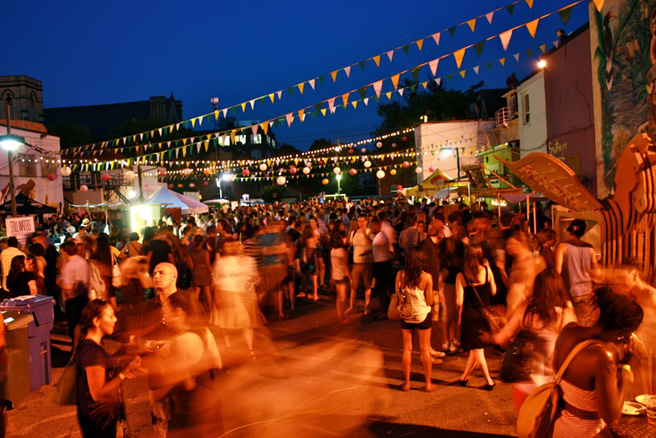 We passed a small coffee house, a simple place with its few mismatched chairs and little tables spilling into the street. An ancient divan covered in bright fabric, as if to add a little festivity, had been placed under a bare light bulb suspended from the ceiling. Old men wearing galabiyyas, the traditional flowing robe, heads covered in crocheted caps, with fingers working through their prayer bead, had gathered for the evening. With nothing left to do except pass time, they turn up to play cards or dominoes and on occasion chess. But mostly they come to enjoy the camaraderie of other men, which includes talking and smoking the ubiquitous shesha, same idea as the water pipe or the hookah. In the past, they would have smoked hashish but since that is now, banned, they have to be content with smoking tobacco, which by tradition is soaked in honey or molasses. The serpentine tube they were sucking the smoke through was made the original way out of tightly woven strands of cotton, a reminder that Egypt was once the world’s source for the finest long stapled cotton. Now the tube is made from cheap Chinese plastic. They do not always inhale the smoke, which is very mild, but enjoy rolling it around in their mouths. Letting it escape in little clouds of smoke.

In the old days story tellers would spin tales, the fiki would be hired to recite verses from the Koran, and letter writers would be available to help the illiterate. Those days are finished, recounted only in books, but the conversation and the gossip are eternal. A young boy stepped out of the cafe carrying a small metal tray with glasses of minted tea, apparently, there was a customer close by. All over the Islamic world, the coffee shop is for men only. Even though the tour book says exceptions would be made for foreign women, we declined Ahmed’s suggestion of stopping for coffee and a smoke. Instead of testing their hospitality, we acknowledged those sitting on the street, hoping our smiles could penetrate the fog of tobacco smoke. Walking on, we passed the baker closing up his shop and stepping around the pile of wood he would use the next morning, we said “masa al-khay”, good evening, to which we responded with a nod and a smile.

Across the street from the coffee house, we saw a small barber shop, just large enough to hold two barber chairs and two barbers but filled with young men just “hanging out”. If the old men in the coffee house represented tradition, these men, wearing sunglasses, tight jeans with spiked up hair, came from the MTV, globalization crowd, welcoming change. However, they were probably unemployed and, therefore, forced to live at home with their parents. For the most part, the American concept of dating does not exist and morality police patrol the parks to make sure couples do not sit too close together and handholding is forbidden. They do not carry whips, as per extreme Muslim countries, but will call the girl’s parents if she is acting indiscreetly. These men probably do not have girl friends and they cannot expect to get married until they have a job. But due to the economic situation, jobs are scarce, even if they have a college education. Also, they were probably gathering at the barber shop because there are no bars in Egypt. Since a wave or religiosity passed over in the 1970’s, all bars have been closed down and beer and whiskey are only available in hotels and restaurants which cater to the tourists. The outlook for the majority of the young people in Egypt is bleak. For the young men, no jobs, no sex, no whiskey, no drugs, no wonder they turn to extremism. Drinking alcohol is forbidden by orders of the Prophet but ironically, the word alcohol is derived from the Arabic word, al-kuhl. Hey Mama, don’t let your babies grow up to be terrorists…….maybe something to be said for sex, drugs, and rock and roll.

A donkey cart driven by an old man with a young boy sitting next to him approached. We noticed it was the same kind of cart used by the farmers in Western China and wondered if this concept, along with spices and silks, had made its way down the Silk Road eons ago. The donkey, tassels braided into his mane, was straining to pull this flat bed cart over loaded with limes when from the other direction a similar cart was quickly approaching, this one loaded with cartons of tomatoes. They were going to pass in the too narrow space in front of us. With nowhere to go, we flattened ourselves up against the wall, hoping to become one with the stones. The only “injuries” we sustained was a smack in the face by the passing donkey’s tail.

We followed the lime cart to an open air food market which would stay open until 12:00 midnight. We found permanent wooden stalls, lit by bright stick on fluorescent bulbs, occupied by larger merchants while the smaller entrepreneur had to make do with his few items displayed on a mat placed on the ground, dimly lit by the soft glow from a kerosene lamp. Piles of artfully arranged vegetables were on one side, separate from the meat sellers with their carcasses of beef hanging from hooks. In the poultry section, live chickens, pigeons, and species unknown to us where stuffed into slated wooden cages, stacked precariously high. A woman selling live chickens was struggling to place two of them on a scale for a waiting customer. We did not stay around long enough to find out if they would be sold dead or alive. I have visited markets in many Moslem countries and from my experience, it is unusual to see a woman selling products in a market as this job is considered man’s work. There was no pork of any kind and for the entire time we were in Egypt, we were never served bacon, even in the hotels “catering to tourists”. The melon vendor was calling out to the people passing and attracted the attention of an old man wearing a white turban and a flowing galiabiya. We listened as a discussion ensued and watched the vendor cut open a watermelon as if to prove it was as sweet as he promised. Dark brown loose tobacco was for sale stuffed into large burlap sacks along with sacks of frankincense and myrrh, which used to be transported by camel caravan from Yemen.

But all the vendors seemed tired and no one interested in the two foreigners walking by and offering smiles until we passed the spice seller. We immediately noticed the air was redolent with the aroma of exotic spices and he at once saw a potential sale. Jumping to his feet, he welcomed us to his country, asked us what had become the usual question, is this the first time in my country, and asking us to be kind enough to just look at his merchandise with no obligation to buy. Happy to find out we were Americans, he expressed his love for Obama while trying to place a fist full of saffron in my hand. Buying saffron is a tricky process and it has to be dropped into water in order to determine its quality. While he spoke relatively good English, it was a struggle to convince him we were not interested while politely agreeing with him that he had the best saffron in all of Egypt at the cheapest price. As markets go, this one was relatively subdued until all of a sudden the rafters shook with shouting. We walked over to discover the coffee bean seller yelling at the man selling loose salt, up close and in his face. Ahmed did the translation which he said involved the usual, personal insults and family honor. Though always interested in the overt display of culture, we prudently left as their altercation was drawing a crowd of men.

BACK IN THE NEIGHBORHOOD

Small shops lined these series of alleyways, each specializing in a specific product or service. Collectively they offered most of the necessities of life, just not in the form we would recognize. The owner would be the man sitting in the middle of the shop, maybe behind a small desk, where he was able to reach all of the items piled high on the shelves. If he was more prosperous, he had a young assistance whose job was to supply him with plenty of minted tea and who used the alley as a place to transact business.

As for shops catering to women, the most crowded were those selling conservative clothing, everything necessary to cover over the entire body. On display were the abeyyas, the black loose fitting gown that covers the body from the neck to the ground, the hegab, the head scarf that hides your entire head , hair, and neck, plus the separate piece of fabric that is attached to cover your entire face. In case this is not enough, there were black gloves for sale . If you bought the entire ensemble, only your eyes would go uncovered. The store was filled with young women but it was their grandmothers and then their mothers that had discarded these garments and liberated themselves. However, since the early 1990’s and the rise of Islamic conservatism, these garments are in demand and in the entire time we spent in Egypt, we never saw a woman walking on the streets without her head covered.

LIFE IN THE ALLEY WAY TO BE CONTINUED